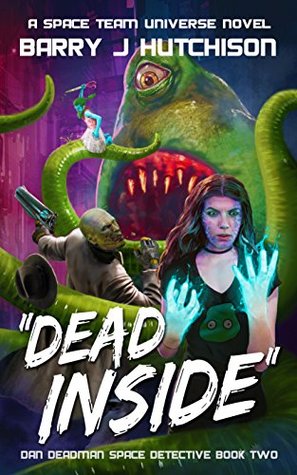 Dan Deadman is having one of those days. After saving the grim and gritty alien city of Down Here from something big, mean and mind-bendingly horrible, Dan is looking forward to unwinding in the closest available bar. Annoyingly, the universe has other ideas.

Instead, Dan finds himself investigating a cheating husband, two horrible murders, and the potential enslavement of everyone in the galaxy. With his caseload stretching his woefully limited detective skills, his car in pieces, and the whole ‘being dead’ thing not doing him any favors, Dan has no choice but to ask his friends for help….

The second in the series seems to have lost some of the spark of the first. Where there was witty banter before, now it feels flat.

It’s not that it’s bad, just an average read.

Episode 6 – What We Owe to Each Other

Eleanor distracts Michael from his investigation in order to avoid detection. He tells her that architects don’t normally live in neighborhoods; doing so was his own idea and will be discredited by his failure.

Chidi and Tahani end up bonding, but Tahani ultimately accepts Jianyu as her soulmate after he gives her a gift that Chidi arranged.

Featuring one very fat dog. Was it CGI ? Bulked up for the part. We may never know.

Eleanor: Well, my first rule would be that no-one can veto my rules.
Chidi: Well that’s called tyranny, and it’s generally frowned upon.

Eleanor: I need to find a way to both help him and not help him at the same time.
Chidi: That’s literally not possible.
Eleanor: Oh really? I once posed as a hot prom date for my cousin, both helping him and, later, according to his therapist, not helping him.

Michael: There’s something so human about taking something great and ruining it a little so you can have more of it.
Eleanor: Huh! That is very human.

Eleanor is pleased that she is learning to be considerate of others and learning about John Stuart Mill‘s Utilitarianism, but Chidi is dissatisfied with spending all of his time teaching Eleanor.

Michael protects the neighborhood from the sinkhole by quarantining all of the residents. He insists that Eleanor and Chidi host a couple who live near the sinkhole; the observant couple concludes that Chidi is hiding something.

A new couple is introduced that threaten to find the big secret. And the sinkhole magically disappears. Is Michael a fraud ?

Michael: Tahani, dear, could you show us to a private room where no-one could see or hear us even if I yelled very loudly out of fear?

Michael: Aah! It got bigger? Ah! Well! That, that’s so, so normal! Uh, this is the reaction I have when things are incredibly mundane and expected, I’m gonna leave now, at my regular pace, as I do in most scenarios. [Takes off running]

Chidi: I am not going to have sex with someone to get them to stop talking to me!
Eleanor: Really? You and I are very different. 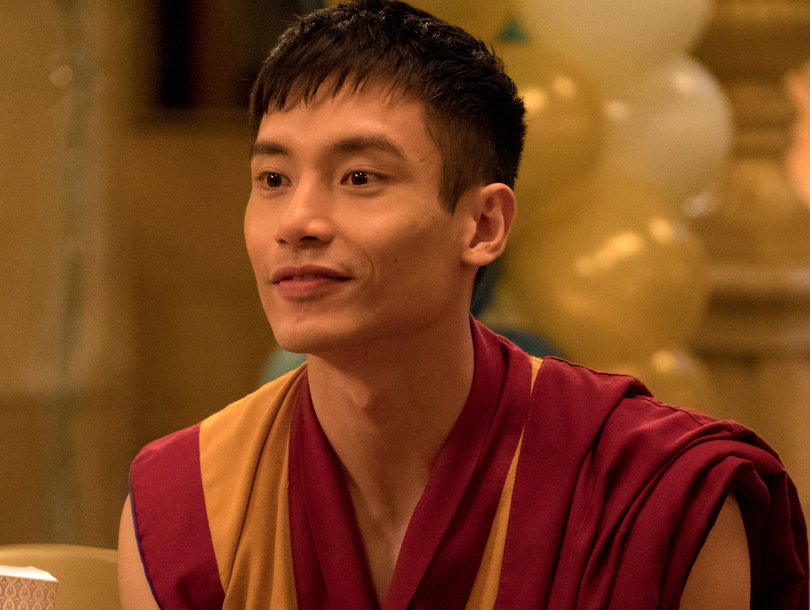 Jianyu (above) tells Eleanor he is really Jason Mendoza, a Filipino American drug dealer and amateur DJ from Jacksonville, Florida who has gone along with the fiction of being a monk because the supposed vow of silence enables him to avoid detection.

Jason decides to express his true identity, while Eleanor and a stunned Chidi try to convince him to stay hidden, fearing Eleanor will also be exposed.

Eleanor is no longer alone as the single ‘fake’. Now she looks like the ethical one and the conspiracy expands.

Michael: Any place or thing in the universe can be up to 104% perfect. That’s how you got Beyoncé.

Michael: I will do everything in my power to encourage him. Well, not everything. I won’t give him a second mouth. Unless that would be helpful. No. Better not risk it.

Jason: Oh! I got a plan. We hack into Michael’s phone, download all his nudes, and then blackmail him.
Eleanor: …No. What are you t- no!
Jason: Yo, you should listen to me! I came up with hundreds of plans in my life and only one of them got me killed.

Chidi: You broke… the world.
[Eleanor smiles]
Chidi: That’s not a compliment.

Tahani: The launch was a disaster, poor Jianyu was so terrified that I fear he may never speak again, my hair is barely cascading down my shoulders…

Jason: I am here to learn about ethnics.
Chidi: Wow! That’s great, man! Um, I mean, it’s ethics, but that’s great!
Jason: [To Eleanor] Pretty sure it’s ethnics.
Eleanor: Hey, buddy, I’m proud of you. This is your first step towards not sucking.
Jason: Cool. I just have two questions: When are football tryouts, and does this school have a prom.
Chidi: Ohhhh nooo.
Eleanor: Oh wow. For the first time ever, I’m the smartest kid in class. 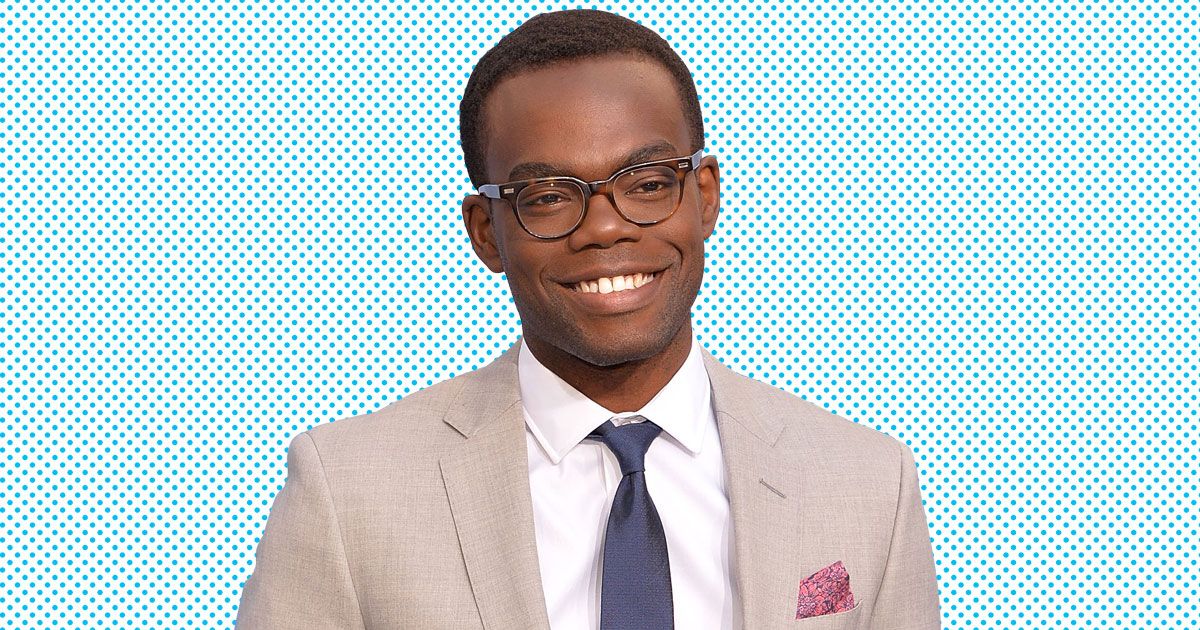 Eleanor suspects Tahani of writing the note but ultimately accepts that Tahani is genuinely good and begins to form a real friendship with her, comforting her over her dissatisfaction with Jianyu’s vow of silence.

Michael tries to get Chidi to take up a hobby, but Chidi only wants to work on his ethics manuscript.

In which we get a course on ethics from Chidi (above)  and confirm the  suspicion that philosophers are crap at writing concise prose.

Eleanor: It’s like, who died and left Aristotle in charge of ethics?
Chidi Plato.

Janet: Fun fact! Columbus is in the Bad Place because of all the raping, slave trade, and genocide!

Chidi: This equipment is very scary!
Janet: Don’t be a baby. It can’t hurt you. Watch, I’ll blowtorch your face off.

Introducing Immanuel Kant’s Metaphysics of Morals, Chidi considers teaching Eleanor to be a good person. Tahani organizes a clean up day, but anyone who volunteers will miss out on the opportunity to fly. Chidi suggests Eleanor volunteer in order to prove that she has the capacity for selflessness. She does, but she hides the trash to go flying after all, causing a trash storm to occur.

Chidi, on helping Eleanor: “Well, I’ve narrowed it down to two possibilities: Yes and no.”

Eleanor: I’m just saying, I’m not the only one with flaws. So how can we be sure this is my fault?
Chidi: You hogged all the shrimp and now there are shrimp flying around. You called Tahani a giraffe, and now there are giraffes everywhere. 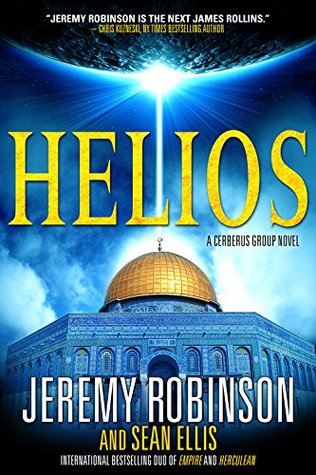 A deadly swarm of earthquakes shakes the planet. In the sky above, the sun appears to stand still. While the world reels from the vast destruction, George Pierce and the Cerberus Group, a team of scientific and historical experts, uncover an imminent threat straight out of history that must be stopped. But not everyone wants them to succeed.

A lesser successful novel, this is more like a history lesson. Just about everyone from the bible is included, with the Knights Templar and a vast history of the Christian Church. Feels like another notorious book that rewrites history.

In fact, ‘The Da Vinci Code’ is mentioned by a character.

There are still great sections of action, but a lot of the book is slowed down by exposition and wandering around churches. The ending feels a bit rushed. More time spend editing would have created a better story.

Time for something lighter. 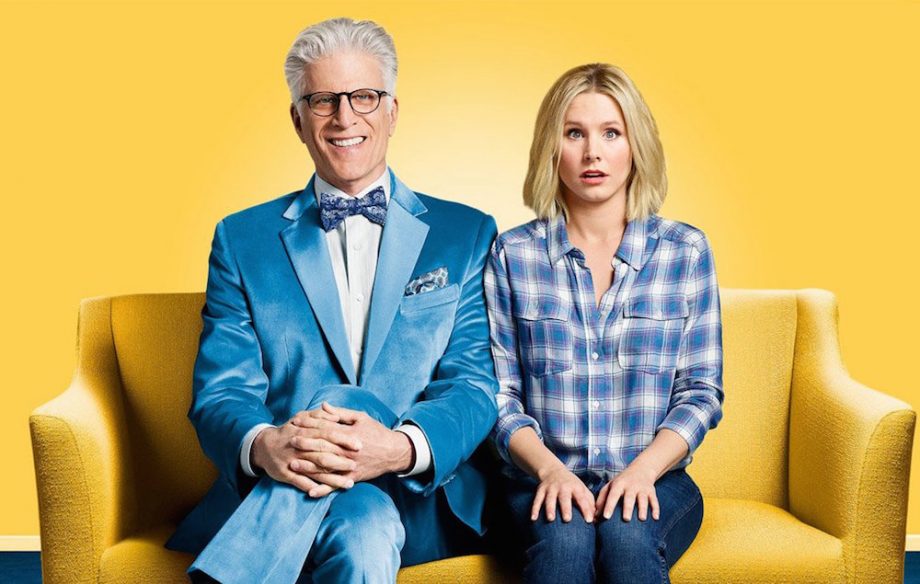 Ted Danson is a long time favorite, and Kristen Bell a top comedic actor. Put them together, what could go wrong ?

Well, she could die, which is the premise of the show. “The Good Place” as a Heaven-like utopia he designed, in reward for her righteous life. She soon realizes that she was sent there by mistake and must hide her morally imperfect behavior and try to become a better person.

This is bright and breezy, reminding me in tone of Pushing Daisies, a show I loved. It’s available on Netflix.

In episode one we get the setup and the first problem to arise (gigantic insects ?)

Robin has dinner at Al’s ultramodern, immaculate, lakeside house. Robin tells Al she thinks Tui’s note, that said “No One”, meant there were multiple rapists. Al counsels Robin she is getting too involved in Tui’s case, likely because of Robin’s own history of having been gang raped, at age 15.

Just when I thought things were going to get interesting, with a police procedural crime series, things take a downwards turn.

Robin has dark secrets, with the rape revelation. And everyone is obsessed with sex. I can see things are going down a dark, depressing hole. After three episodes, this has become dull, time to bail.

This is is an expansion pack for the previously played game King’s Bounty: Armored Princess.

This time I played as a warrior and achieved Level 54 (previously Level 57). Although this is an expanded game, I played for 67 hours, where previously it took 99 hours. Probably because I got used to cheating by invoking maximum rage before each attack and using a cheat to replace troops. 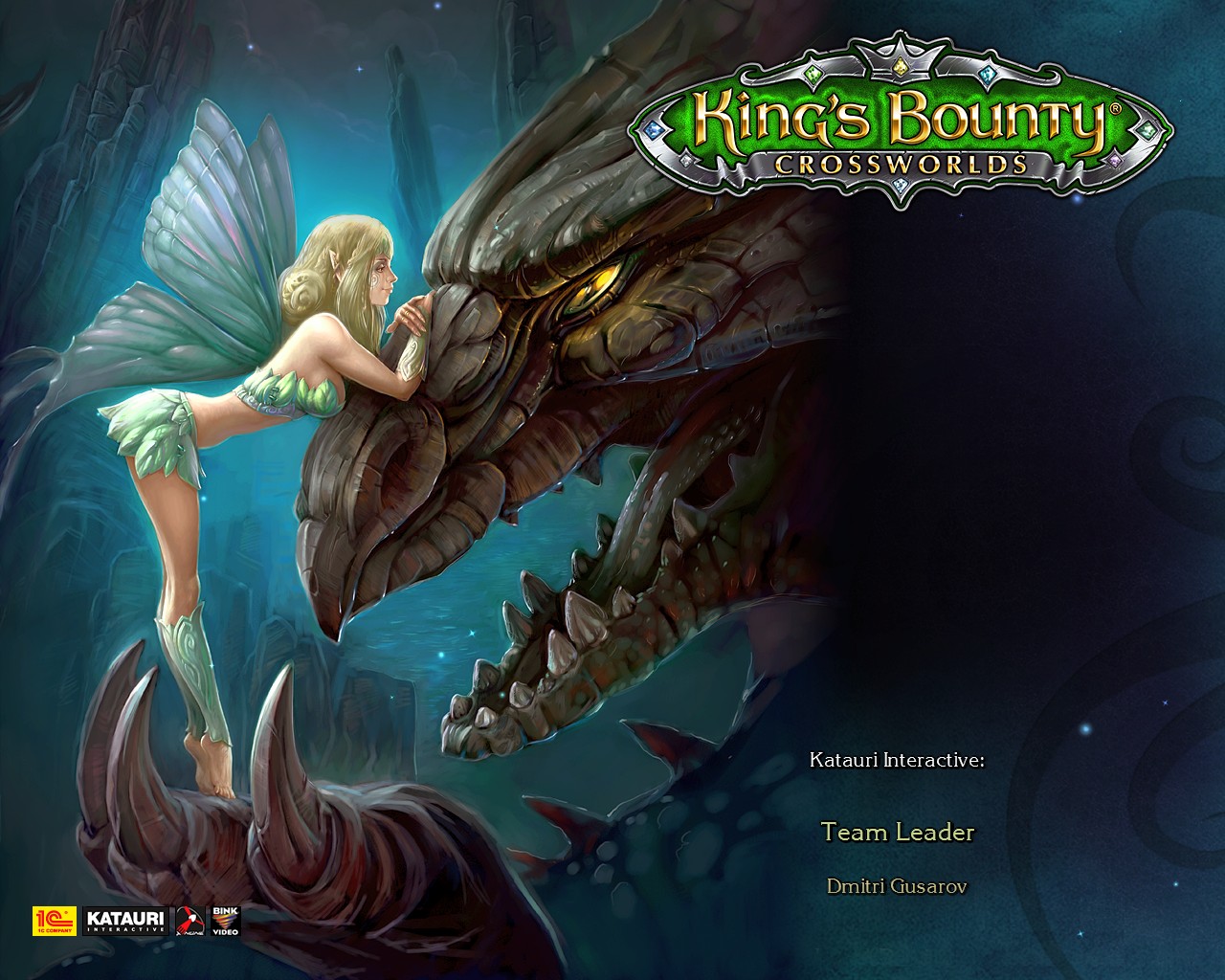 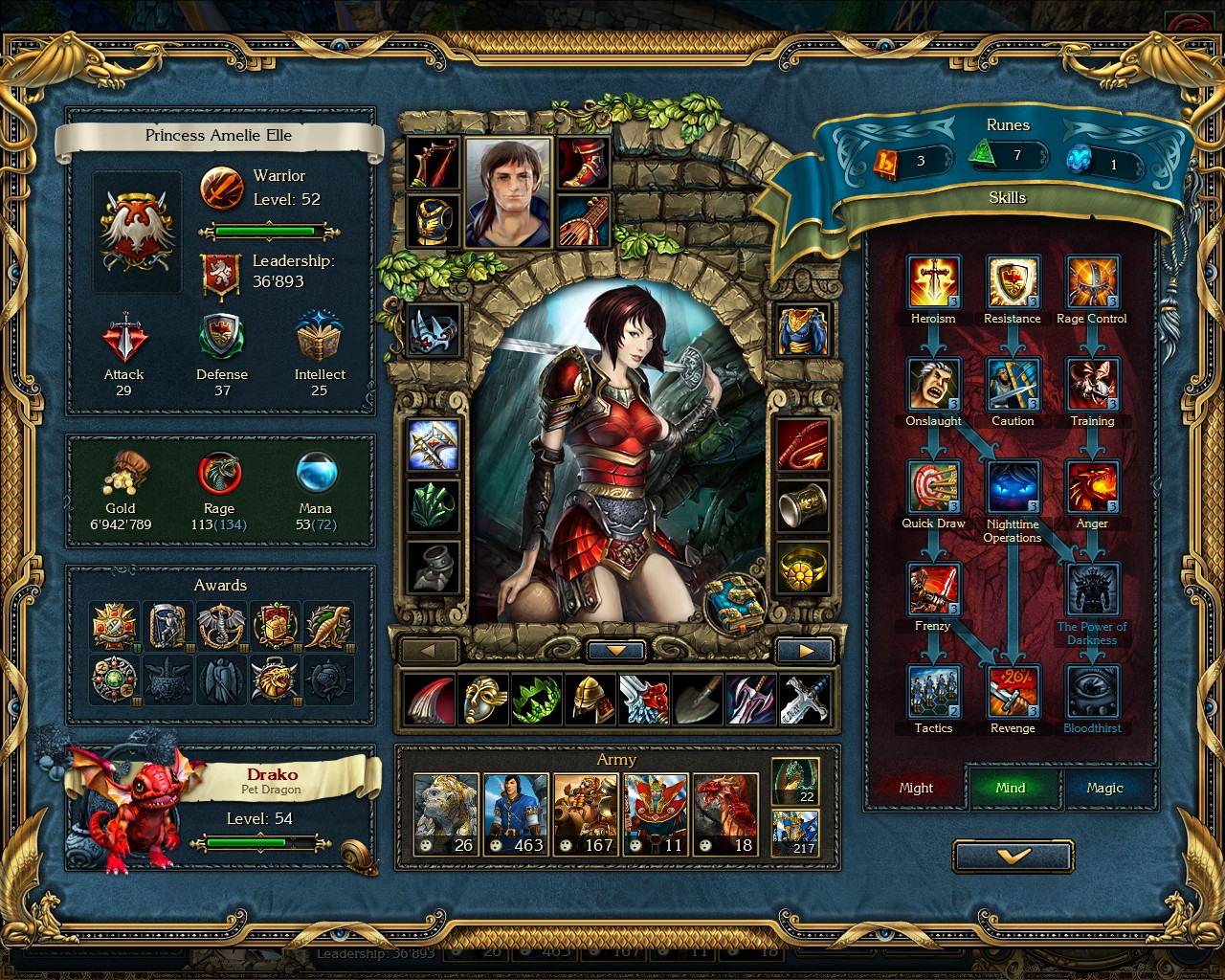 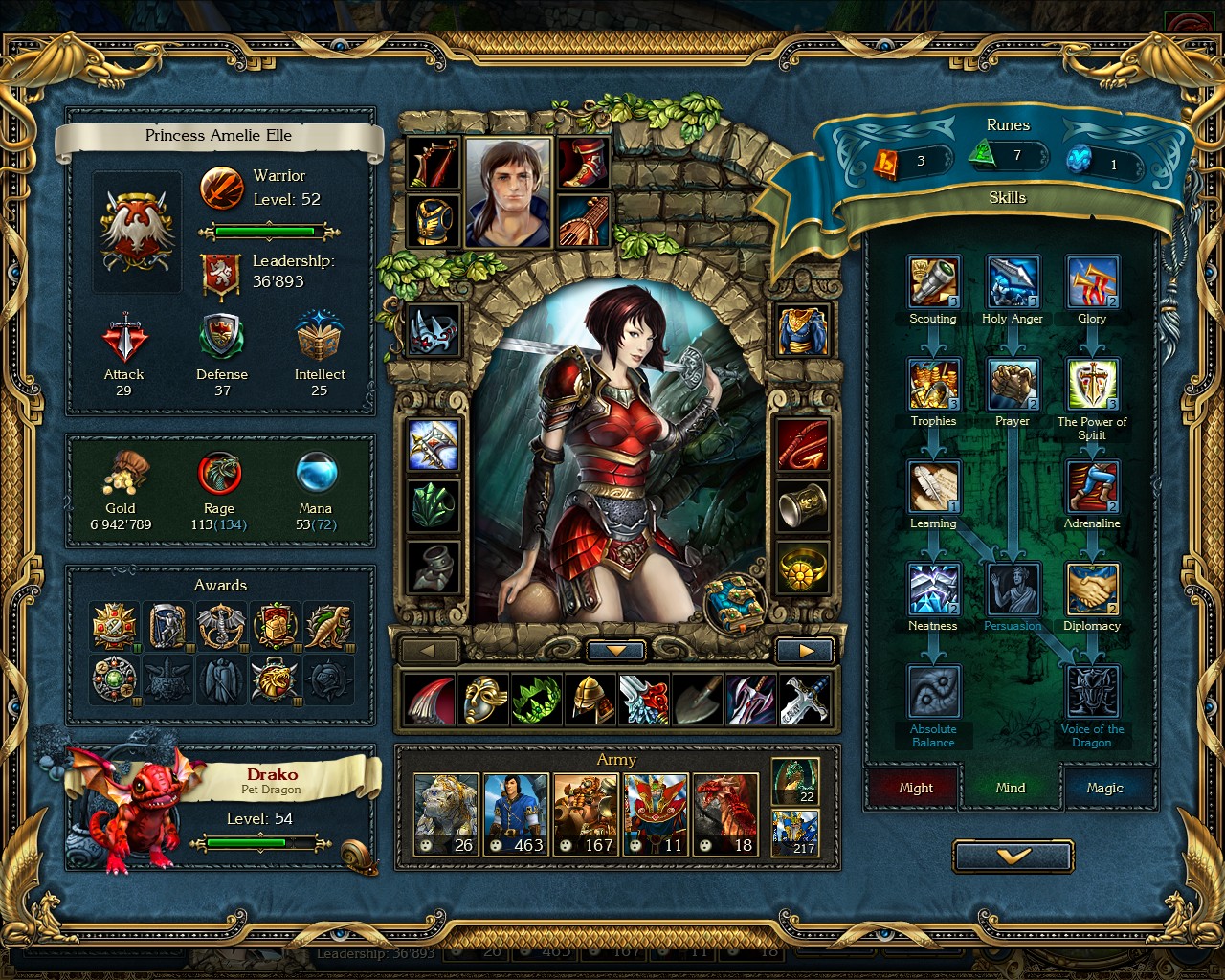 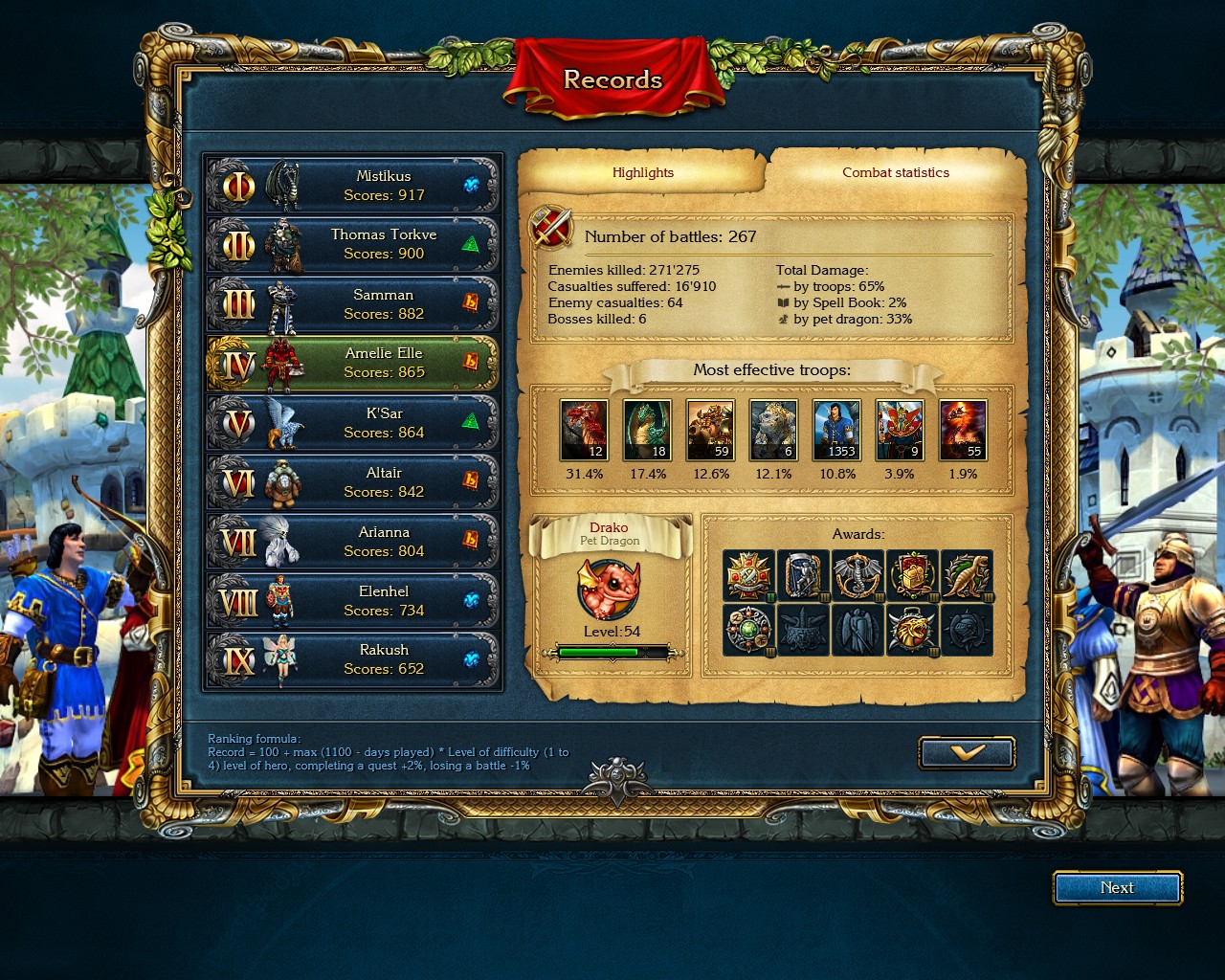 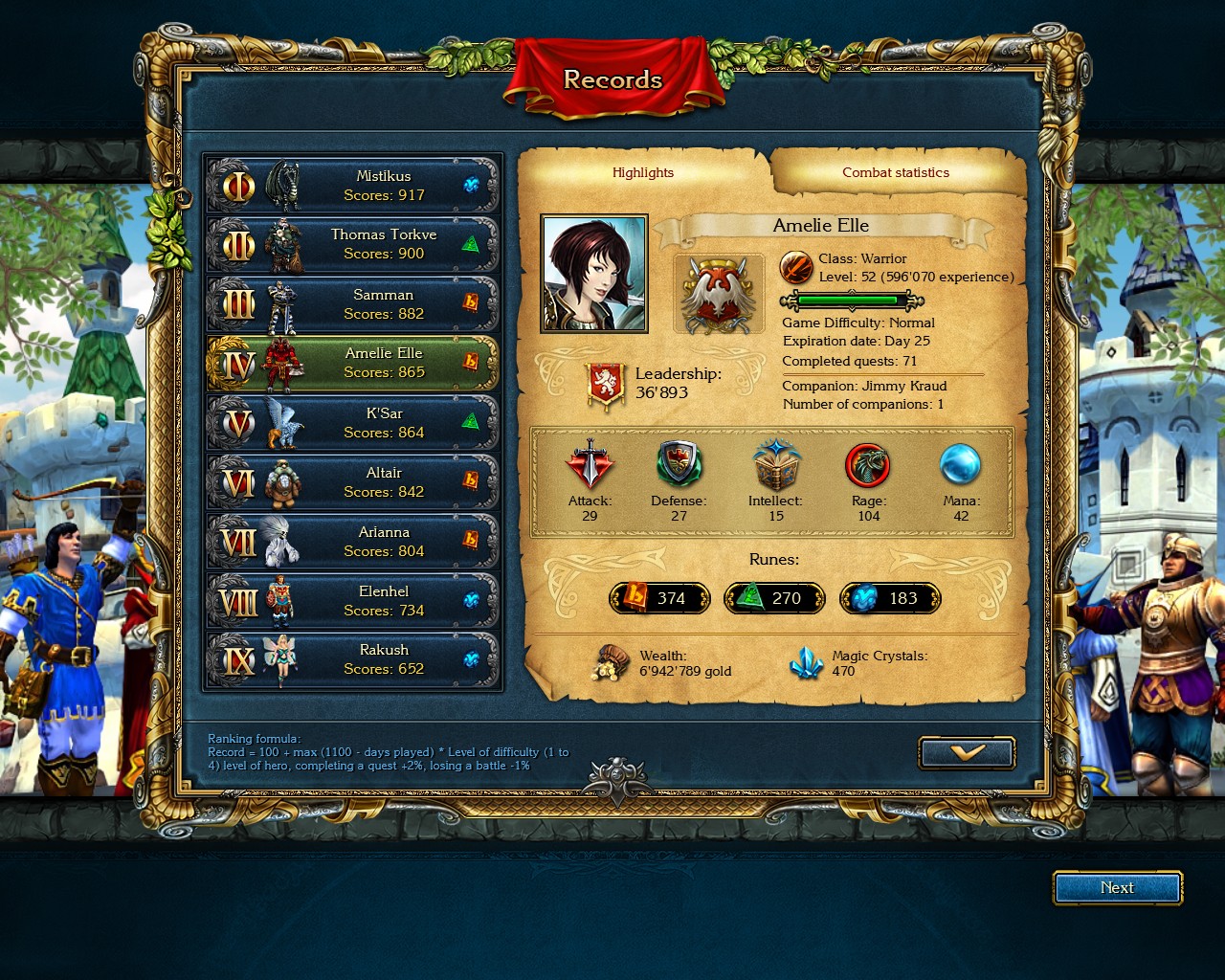 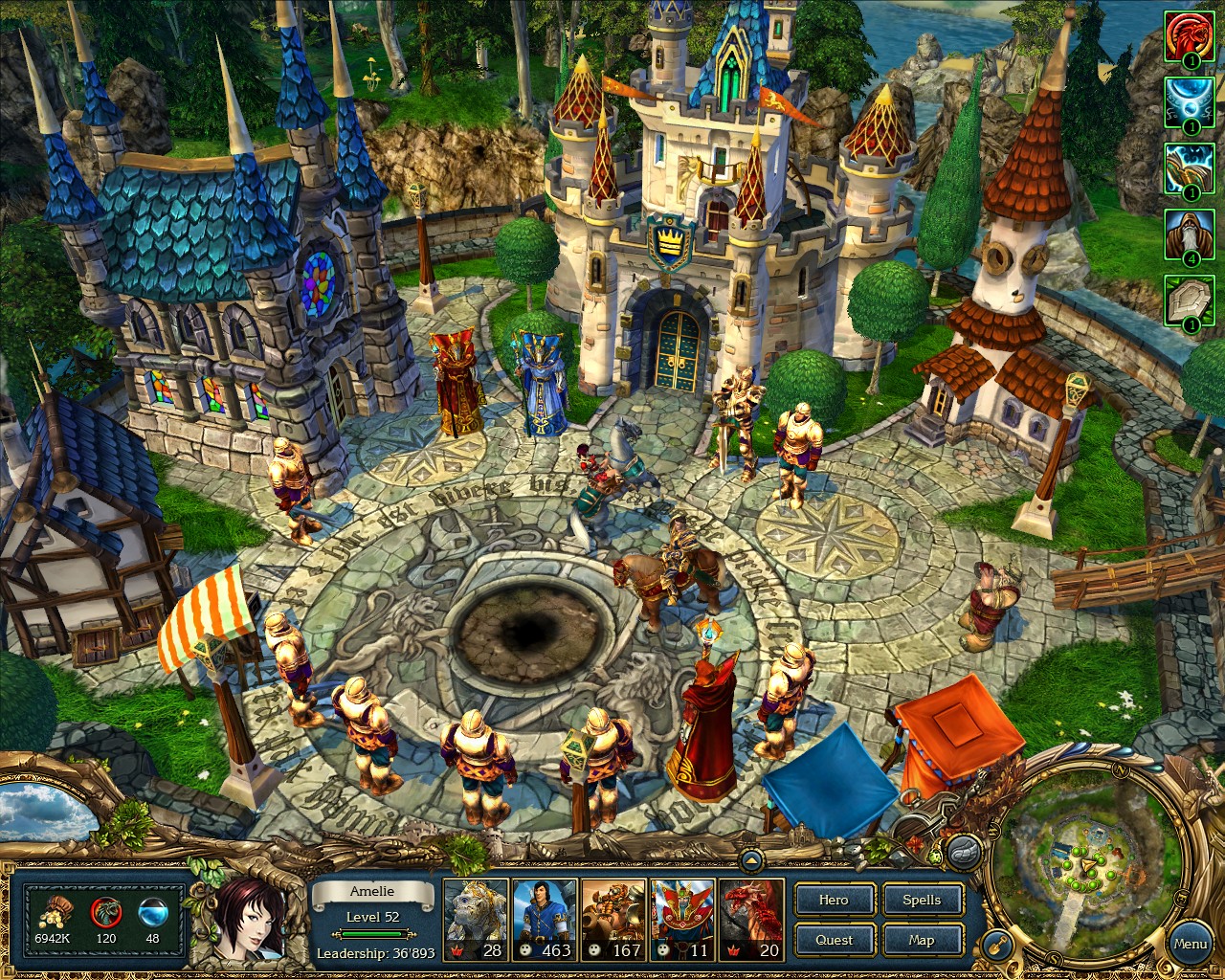