Americans have discovered Nightwish and there are numerous “reaction videos” of a particular song:

Despite the fact that Nightwish is 20 year old and Floor Jansen has been the singer since 2012. It’s a great song, here are a few examples of the videos……….

The second season of the American political drama series Designated Survivor originally aired from Sept 27 2017 to May 16 2018. Season 3 is in production and will be released in 2019.

The second season is a bit shaky. What was a tight political thriller tried to become a comedy, a drama and morality play.

After the villains of season one are disposed of, it becomes clear that the tone will be lighter with ‘jokes’. It doesn’t really work as the ‘problem of the episode’ takes over and the thriller story-line  is relegated to a minor role. Things do pick up in the final episodes, but not enough to redeem a rather patchy series.

Ralph Breaks the Internet is an animated comedy film by Walt Disney Animation Studios. It is the sequel to the 2012 film Wreck-It Ralph about an arcade game villain who wants a role reversal. It is Disney’s 57th feature-length animated film.

The film was directed by Rich Moore and Phil Johnston (who wrote the screenplay with Pamela Ribon).

It’s been a while since seeing the first, so I didn’t have a good basis for comparison. Many think it’s not as good as the original. I though it was great and contained a number of laugh out loud moments. The best sequence is undoubtedly the ‘Princesses’ scene where all the Disney Princesses deconstruct their characters.

The movie starts out and most of the first half is a quest story. Then around the half way mark the character motivations take over and reward with a fun but poignant ending.

Aquaman is a 2018 American superhero film based on the DC Comics character of the same name. It is the sixth installment in the DC Extended Universe.

Directed by James Wan, with a screenplay by David Leslie Johnson-McGoldrick and Will Beall, from a story by Geoff Johns, Wan and Beall.

Arthur Curry (Aquaman), the heir to the underwater kingdom of Atlantis, must step forward to lead his people against his half-brother, Orm, who seeks to unite the seven underwater kingdoms against the surface world.

The film starts with a strangely young Temuera Morrison and Nicole Kidman. Once the backstory of the hero is established, it’s on the the present day. In a big action scene involving a submarine, Aquaman saves the crew and eliminates pirates, establishing he in impossible to mutilate or annoy; he just keeps coming back with quips, punches and scenery destroying mayhem. From then it on through a film of amazing graphics and over the top battle scenes. 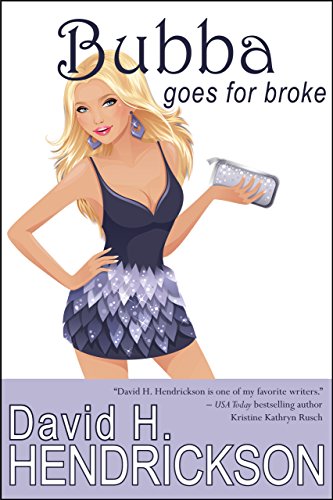 If a dim-witted, sex-crazed crook falls in love, does he get any dumber? You can bet a boob-jobbed Hooters waitress he does. And when she wants to become a televangelist with a little something extra, guess who’s going to pay?

This is a sex-romp without any sex !

A rather stereotypical jock stud with nothing going but being a small time criminal hooks up with a Hooters waitress to make it big.

There is is lot of adult humour and silly stuff to keep the story going. It’s well written and the comedy keeps going right to the end.  An enjoyable read. Just be prepared for a lot of cock jokes. 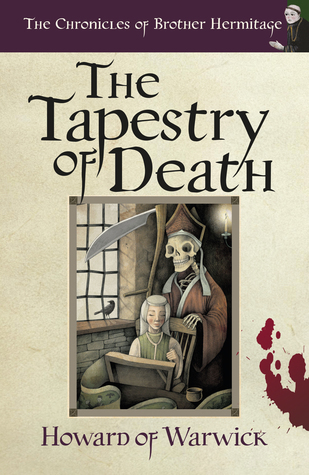 England 1067: Briston the weaver has been murdered – in a very special way – and it is up to his old friend Wat to avenge his death.
Brother Hermitage will naturally support his companion in the quest, but the young monk worries as the number of suspects keeps rising. He’s never been good with crowds.

In the third episode, the two main characters are more even in intuition and action. Howard comes across a smarter than before. Then there are the Normans who are like the big dumb lugs of the story.

The plot does slow down near the end and things get a bit confusing in the final chapter. But you don’t get a teaser for the next story. 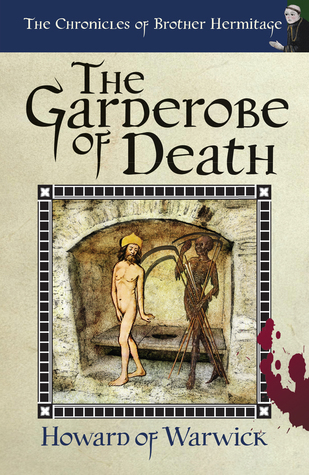 What the hell is a Garderobe ??

As the book explains, it is a long-drop (toilet) constructed within a castle designed to deposit fecal matter outside the building. Only this time it’s internal and has been boarded up..

And someone has been shot from it, up into the bum with a cross-bow. It’s this murder that the bumbling pair Brother Hermitage and Wat the Weaver have to solve.

In the second book, things descend into the toilet, but the humour rises. Definitely a  better and funnier book than the first.

Halfway through the season and things have gotten into a predictable pattern… A bit of the conspiracy, a problem of the day, resolution then teaser for the next episode. It all kind of descends down to a bit of a fizzer of an ending.

Kirkman deals with the fallout from MacLeish’s death; Wells unearths information about how MacLeish became involved in the conspiracy; Seth clashes with a reporter bent on exposing the administration’s secrets; Alex reaches a difficult decision regarding her family’s safety.

The End of the Beginning 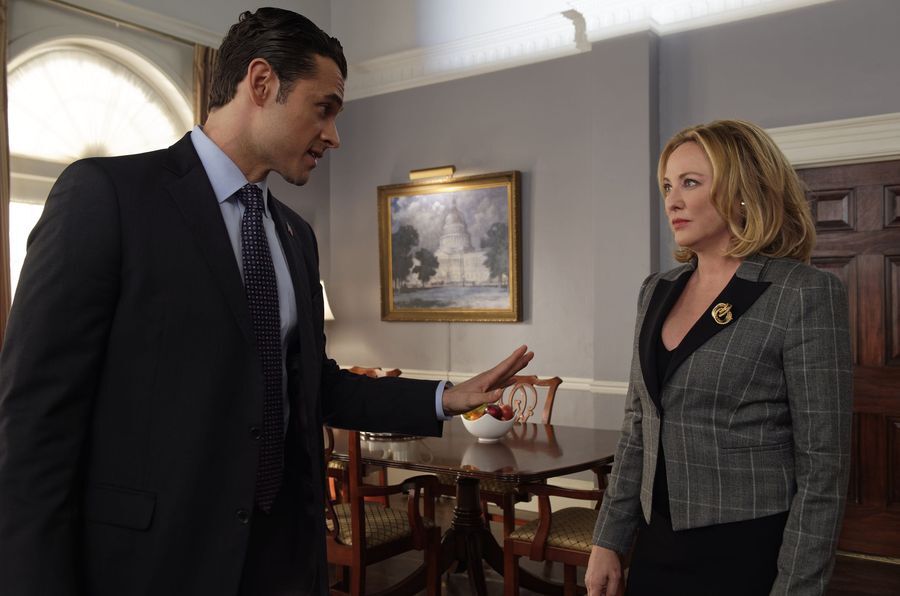 Kirkman and Wells start working together to learn more about MacLeish’s involvement in the Capitol bombing; Emily’s strained relationship with Aaron is further tested; Alex grows suspicious as Kirkman begins to tighten his inner circle.