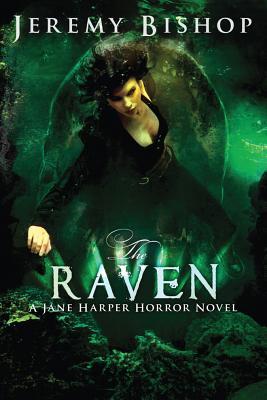 But winning their battle against the undead Vikings was just the beginning of the war against the parasitic Draugr now that the relentless creatures have escaped their island prison…and seek to turn the earth into a planet of the living dead.

With a sturdy vessel under her feet, a do-or-die crew at her side, and weapons of mass monster-destruction in both hands, Jane takes to the hellish high seas to face down zombie whales and an armada of seafaring ghouls.

In part two of this short series, Jane goes back to confront zombies, more zombies, whale zombies, orca zombies and (of course) human zombies. It’s a more straight forward story this time. But it’s the same objective…. destroy zombies (all of them).

Just as entertaining as the first. 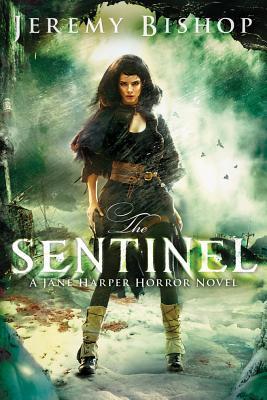 In the frigid waters off the Arctic Ocean, north of Greenland, the anti-whaling ship, The Sentinel, and her crew face off against a harpoon ship in search of Humpback whales. The two ships collide and a suspicious explosion sends both ships to the bottom. The crews take refuge on an island, recently freed from a glacial ice bridge. There they find Viking artifacts, the preserved remains of an ancient structure and a stone totem warning of horrible creatures buried in the island’s caves…..

Well, this is Jeremy Robinson writing under a pseudonym so we know what to expect. There will be monsters, thrills and spills on the cold ice. Yet another top ranked story from the master of this genre. There is little science fiction this time, it’s nature at it’s most vicious mixed with a bit of mythology, history and all the tropes of the thriller and horror genres.

John and Don survived the explosion and are clinging to ship wreckage in orbit, with only a few hours of oxygen left.

Victor Dhar hails them from the Resolute, telling them it will leave in just over an hour.

Again, drama dictates there should be a ticking clock. In fact the time left is arbitrary and dependent on the Resolute’s engines.

Maureen traps Dr Smith and the robot in order to search for John and Don.

At last, Dr Smith is trapped. They should just space the bitch (or remove the air).

Just as they’re about to retrieve them, Dr Smith and the robot escape.

When the alien robot is about to kill Will, his robot remembers him and attacks the alien robot, saving Will. In the fight, both robots are flung out into space and the garage ramp is damaged.

It’s the Alien Queen vs Loader from Aliens for the new generation… not quite.

Will goes outside the hull to manually close the hatch. Afterwards, he loses his grip but is saved by his father, who was rescued by Dr. Smith.

Before they can dock with the Resolute, the alien engine aboard the Jupiter 2 sends it and the Robinsons to a different galaxy. 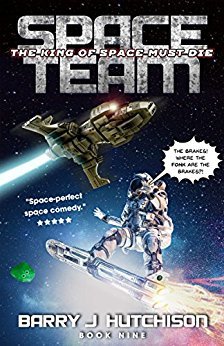 Geronimus Krone, the most dangerous man in existence has altered the course of time, appointed himself King of Space, and now rules the galaxy with the help of his four monstrous generals and their armies.

Cal Carver and his crew are the galaxy’s only hope. But, reeling from their recent loss, they can’t stop Krone on their own. Fortunately, they’ve got a whole bunch of friends they can call on for help.

Following immediately after ‘Dead in the Water’. This time Cal is joined by Dan Deadman’s team to save the universe (yet again).

The tale zips along in much the same way as the previous novel. The only down-side is that there are too many characters to keep track of, this makes the plot a bit more convoluted than it needs to be.

Will tries to signal his father using simple radio, convinced he survived the explosion.

Another strange tech blooper. If Will can contact his father in space, why can’t he contact the Resolute ?

Dr. Smith drives herself and Maureen to the alien wreck, and tells Maureen she didn’t know Maureen was needed for the ship launch, and when she knocked her out, the ship exploded. She does promise helping Maureen get her kids off the planet, if she in return helps Dr. Smith with the alien ship.

Will discovers that the rocks he collected in the cave are petrified biomass that can fuel the Jupiter ships to reach the Resolute.

Another case of people doing stupid things. The crew should have been looking for fuel replacements as soon as they landed.

Judy uses GPS to track Smith and Maureen. She manages to disable Dr. Smith, but the robot reactivates and is revealed to obey the Doctor’s commands.

Again, stupid Judy fails to secure a prisoner only to find Smith recovers within minutes and the robot uses science/magic to restore himself.

Solo: A Star Wars Story, or simply Solo, is a 2018 American epic space Western film directed by Ron Howard and based on the Star Wars character, Han Solo.

It is the second of the Star Wars anthology films, following 2016’s Rogue One. A stand-alone installment set between the events of Revenge of the Sith and A New Hope, it explores the early adventures of Han Solo and Chewbacca, who also meet a young Lando Calrissian, as they are involved in a heist within the criminal underworld.

This is a big budget space adventure. Where the first trilogy was about mythic tropes (the hero’s journey), this is just a big adventure.

It is surprisingly dark in colour. Where the second trilogy has lots of day-glo colours, this is darker than any previous films. There is a lot of characters in shadows, dark halls and underground. A bit more light would have helped. 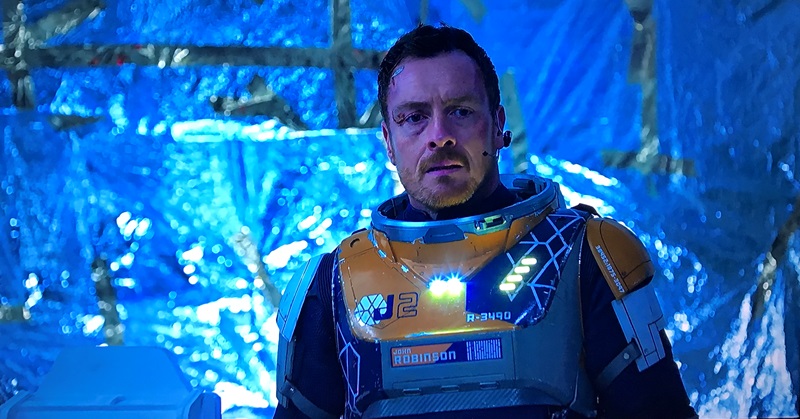 Maureen is now the know-it all and tries to stop an impossible launch of a spacecraft. But it’s her action-man husband that jumps aboard and stops the flight.

Dr Smith gets put in the slammer after her alias is discovered, but they should have put tape over her mouth to avert the coming catastrophe.

Meanwhile, Don & John pilot a lighter ship to reach the Resolute in orbit. It all ends unexpectedly. It seems that this will be the first and only new series of the show. 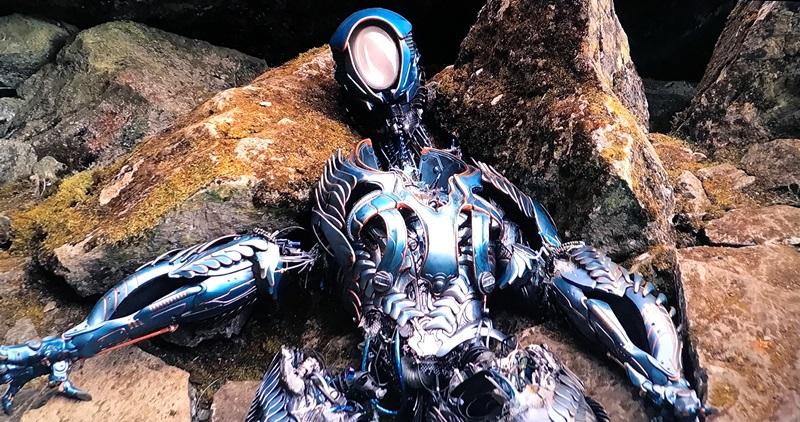 Maureen finds a watermark on the gun belonging to their 3D printer, and Will confirms the robot made it and he had hidden the gun under his bed. His parents note that everyone had been through their Jupiter at some time and anyone could’ve taken the gun; Smith directs their suspicions to Victor.

While driving, John and Maureen flee a geo-phenomenon and end up stuck in a tar pit into which the vehicle slowly submerges. To escape the vehicle, Maureen uses the helium weather balloon to create a shielded path to the surface.

OK – this is pushing physics to the limit and beyond. To create the pressure necessary to displace the tar, would have crushed the human body. The problem was they stayed chatting for too long and should have immediately attached the winch cable to a tree. Even stranger is why they would enter the vehicle as it was sinking and not just jump free ? 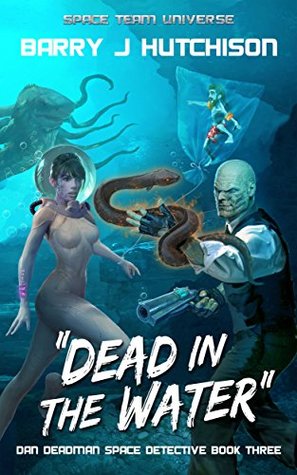 Banished to a dangerous underground hostel network, Dan becomes embroiled in a mass-murder investigation that will take him from the bowels of Down Here to the depths of the ocean. As the clues run out and the case collapses around him, Dan discovers a sinister plot that could wipe out two whole civilizations, and plunge the planet of Parloo into an endless bloody war.

After a rather ordinary #2, this novel zings and zips with more life. The banter between the characters is wittier and there is more  twists and turns to the story. A much better book, and the ending hints at the next novel with Cal Carver. 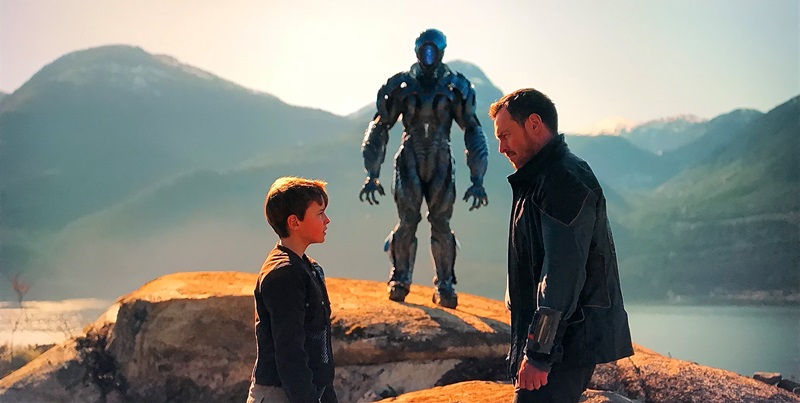 Maureen tells her family about the black hole but is afraid the other colonists might panic.

John has a heated argument with the other survivors about the robot. In the end, despite an enraged Angela claiming it killed her husband, John convinces the community to allow the robot to stay and takes Will on a hike to discuss Will’s responsibility for the robot’s actions.