Ben and Kent argue over new intelligence concerning the hostage crisis, while Mike employs the services of Jonah to help him on a special White House project. Selina and her staff head to Helsinki to finalize a trade agreement, but are worried whether Selina will be received warmly in Europe, because of the song performed in the previous episode and while trying to teach Dan how to charm the media, Selina has awkward encounters with the Finnish Prime Minister (Sally Phillips) and her sleazy husband Osmo (Dave Foley).

Sally Phillips (blonde above) looked familiar, she played Tilly in the comedy Miranda.

I mean, what the fuck is wrong with you, Kent?! Seriously, when you pull the pin out, you’re supposed to throw the grenade away. You don’t stick it up your own fricking ass!

Remember, I lie for a living.

All this melodrama really explains your three divorces.
– Well, I’d like to divorce your head from your fucking neck.

Don’t give me that Quaker in a titty bar look.

Your idea of crisis management is screaming, “We’re fucked! Bury me!”

The Eye of Sauron is the near perfect analogue for the modern media.
If we can draw the Eye to Helsinki, then it won’t be looking at what’s going on here.

I’m the Vice President of the United States of America. He just squeezed my tit like a balloon.

Screw you and your Confucius grasshopper bullshit.

What the fuck were you thinking? Look, you marked it highly confidential, thereby guaranteeing that this thing is gonna go viral. Selina is rankled when the White House releases an unflattering photo of her from the hostage rescue. Mike and Kent bond over sailing, Jonah gets an executive parking space and Sue has a job interview. Selina takes steps to keep her staff happy as they prepare for her appearance at the Vic Allen dinner, that seems, at first, to go over well. To placate Gary, Selina has lunch with him and his girlfriend and gifts him a new Leviathan. Kent hires Mike to work on his Dream Metric Demographic program team.

The surprising and best bit was Julia singing a political version of Paul Simon’s ’50 ways to leave your lover’.

I‘m not Joseph Stalin.
No, that’s true, You’re not.
You don’t have a tenth of his charm.

You’ve got to get out of here, okay? Take all these meaningless syllables with you and just get out.

You are incredibly valued here and I was wondering if there’s anything we could do to make you want to stay with us.
– More money, ma’am.
– I’m on it.

You’re like an old VCR, but with a bigger mouth.

He should really be on suicide watch.
Yeah, make sure he goes through with it.

When a hostage crisis in Uzbekistan heats up, Selina and Secretary of Defense General Maddox (Isiah Whitlock, Jr.) have a trouble getting on the same page during their joint appearance at the Marine Corps Base in Quantico. Sue testifies at a Congressional hearing on governmental efficiencies, which turns into a ‘robust’ media frenzy. Dan and Gary fight for the Veep’s ear. Sue’s replacement, Cliff, makes a mistake, which affects the Senate Swearing In Ceremony and a man’s leg.

Listen, we all know the White House would work so much better if there wasn’t a President but there is. So, we work around that.

Amy, this is like explaining gravity to a chicken!

Selina attends a North Carolina pig roast in support of the president’s “Listen to Rural America” initiative, while her ‘secret signals’ get out. Catherine writes a controversial essay of a film, and Mike’s money situation is getting worse.

You know what, why don’t you put on your running shoes and get to the fuckin’ point, Jonah?

Okay, so they want me to go to a pig roast to meet a bunch of men who probably took turns to fuck the pig before they roasted it?

You know, you’re about as annoying as a condom filled with fire ants. How’s that for a fucking metaphor? 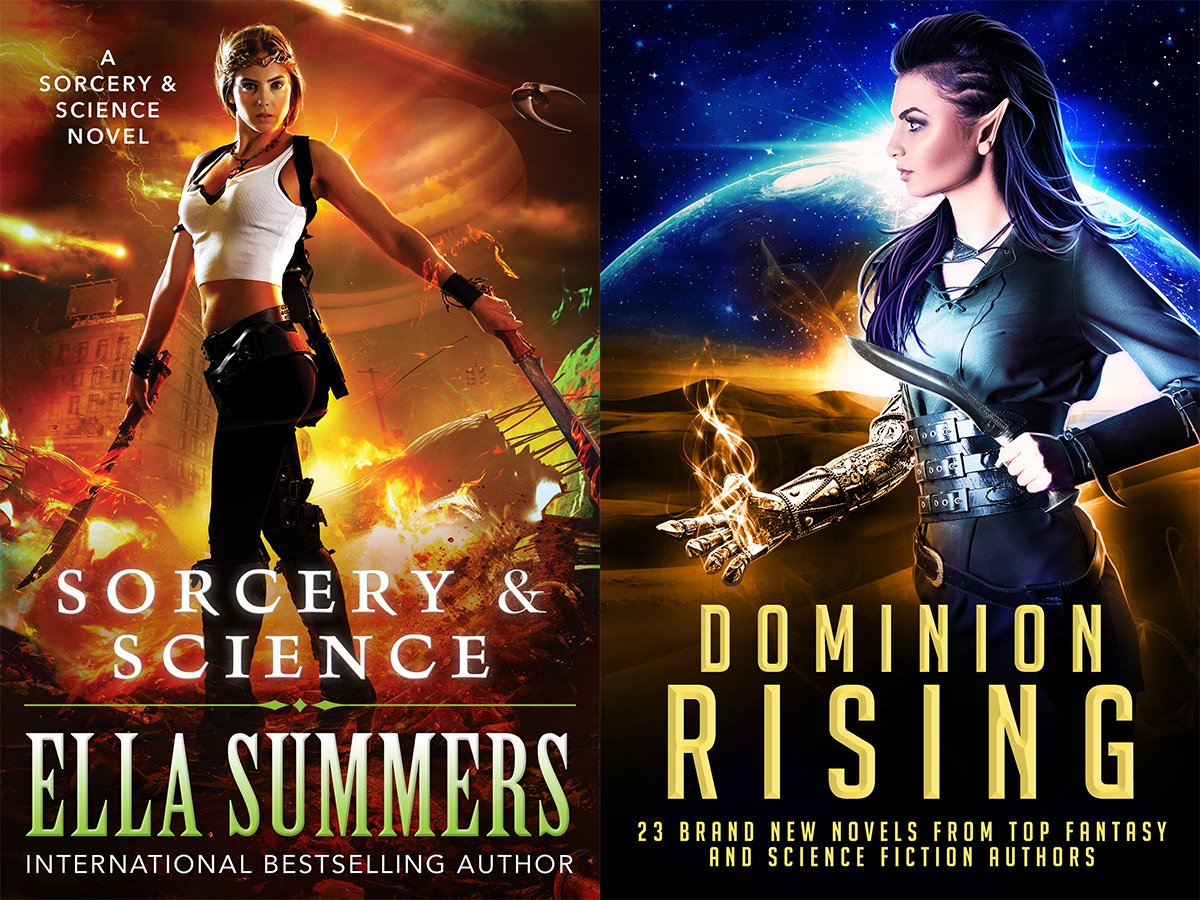 Terra Cross is just your typical paranormal princess. Her father, the mages’ high king, betroths her to one of his allies.

But playing nice with otherworldly ambassadors isn’t the only thing on Terra’s plate.

A renegade mage scientist has taken up shop on Earth, whose inhabitants have no knowledge of magic or the worlds beyond.

The only reason I started reading this book was that it was part of the ‘Dominion Rising’ collection I got recently and that the author was on the Science Fiction and Fantasy Marketing Podcast when I was between novels.

Aimed at the adolescent market, the writing is clear and straight-forward. No attempts at fancy prose here. It’s written in first person, and the style is just right for the character. A bit of attitude, wit and at times stubborn. It avoids the traps of long introspection.

The story is simple: Hero, villain (with minions) and plot twists to an unexpected ending. There is magic here that drives the plot along. And so much of it sometimes  appears to be  a case of making it up as we go along.   Without reading the original series, I don’t know how much is new to this story.

It’s a light, fast generally entertaining read without any grim-dark elements that appears to be the flavour today. 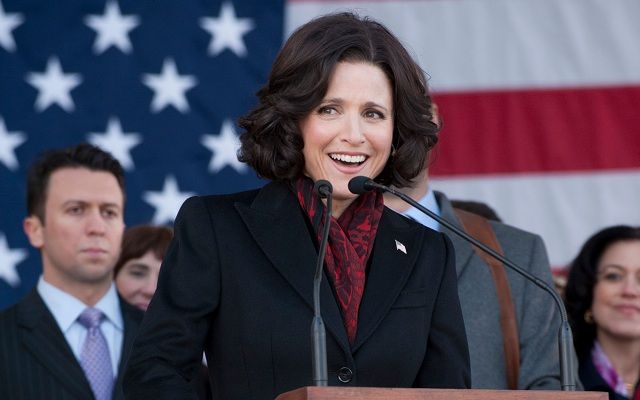 Selina’s party does poorly in the midterm election, though Selina has a successful campaign, which she attempts to leverage into greater influence for herself.

A presidential strategist named Kent Davison (Gary Cole), with whom Selina has a troubled history, returns from an absence. Selina is assigned responsibility for foreign relations.

Wow, that guy is ruthless.
A total inspiration.

Would you please hang up the phone because I’m the fucking Vice President of the United States – and I have something to say.

Uzbekistan is between Turkmenistan and I-could-give-a-fuck-istan.

Screw you and the face you rode in on, Dan.

Jesus, I can feel my virginity growing back in here.

You have three kids by two different guys, maybe your last word should’ve been “No.”

I need that stuff that junkies use. You know, when it takes a cop 15 bullets to put him down. 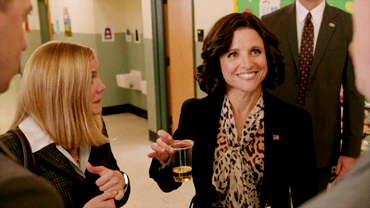 Selina visits Ohio to officially endorse a candidate for the governor, but he doesn’t want the low-rated vice president’s support. Dan may have to go to a congressional hearing for the Clean Jobs Bill. Mike and Amy decide to make use of Selina’s emotional state.

You know those dreams where your football coach is, like, screaming at you, you look down, you’re dressed like Shirley Temple and all your teeth fall out? That’s like a Disney version of the Congressional Committee! 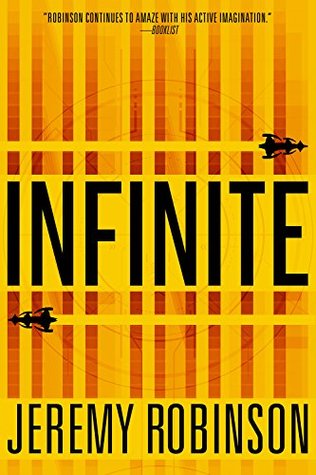 The Galahad, a faster-than-light spacecraft, carries fifty scientists and engineers on a mission to prepare Kepler 452b, Earth’s nearest habitable neighbor at 1400 light years away. With Earth no longer habitable and the Mars colony slowly failing, they are humanity’s best hope.

After ten years in a failed cryogenic bed–body asleep, mind awake–William Chanokh’s torture comes to an end as the fog clears, the hatch opens, and his friend and fellow hacker, Tom, greets him…by stabbing a screwdriver into his heart. This is the first time William dies.

This would be the least satisfying of all the Jeremy Robinson novels. He does explain what he was going through while writing the novel and his worries infiltrate the book by keeping the reader wondering what is reality and what is virtual reality (or is it all a dream). The result is that the tone shifts throughout the book.

The setup is interesting, it’s science fiction on an exploration vessel. Then stuff happens, it’s horror with lots of blood and an unknown antagonist. Then we get into alternative realities and ships with AI’s running the show (but are they).

Then in the final quarter It’s a big sci-fi opera with civilizations and exploration. Then it’s back to somewhere familiar with references to other Robinson books (although it’s not set a previous Robinson timeline).

The writing style is still there, but not as big and gang-busters as other works. In the end it just leaves you wondering… what was real (or not) and did anything really happen ?

Winners of the 2017 Hugo Awards

(presented on the evening of Friday, August 11, 2017 at a ceremony at the 75th World Science Fiction Convention.)

America is having an eclipse of the moon and Bonnie Tyler’s hit ‘Total Eclipse of the Heart’ is getting plenty of airplay. Deciding to find covers of the song, I found the band Exit Eden.