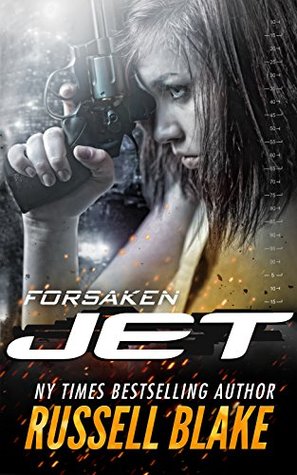 After months on the run, JET settles down, only to be delivered an unthinkable ultimatum she can’t refuse: risk her life, or that of her family.

The unusual part of this story is that almost half is taken up with a journey leading the the main premise.. that Jet must return to her evil ways and undertake an assassination of a leader.

Of course things don’t go as planned and the story and intensity ramps up to a decent ending. Ending is a situation where Jet could be called on to undertake more jobs, in a very episodic nature and where the long plot threads come to an end.

Hermitage, Wat and Some Nuns
(The Chronicles of Brother Hermitage #6)
by Howard of Warwick (2016) 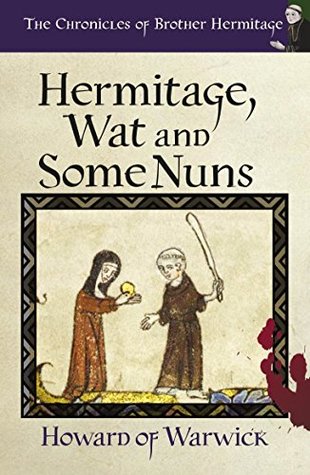 When Brother Hermitage arrives at Shrewsbury in the summer of 1068 something is up. Or rather down. Gilder, the great merchant is dead and Hermitage’s urge to investigate is overwhelming.

His companions, Cwen and Wat, think this is a very bad idea.

This is the first story where the investigation isn’t imposed on Hermitage. His sense of righteousness sends him on a path of discovery. Still, there is a lot of silly nonsense from the characters as things play out to a conclusion where the trio work out who the murderer is.

The best aspect is that the witty banter between the characters really works. It seems that Howard (of Warwick) is getting better at his narrations. 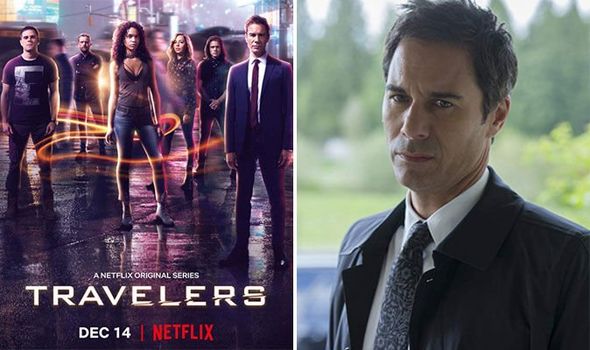 The central story is the conflict with travelers who have formed the ‘Faction” and decided not to take orders from an AI.

Only 10 episodes long, there is a lot of plot, however in the end it doesn’t come down to much as at the very end, everything is ‘reset’.

At this time, no indication if there will be a season 4. Failing to rouse Michael, Eleanor poses as the Architect and welcomes John. But Tahani realizes John is a gossip columnist who tormented her.

Chidi believes he will be unable to avoid contaminating the experiment, and asks Michael to erase his memories of the same time period.

Rather sweet and touching episode as Chidi sacrifices his memories so the experiment will not fail. 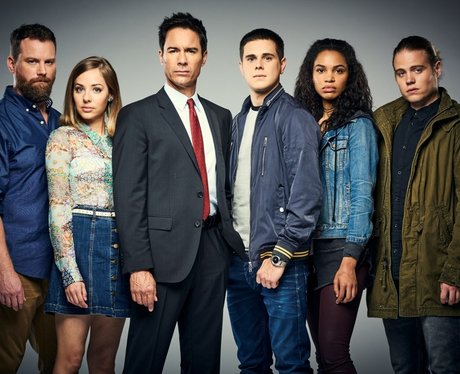 The end of season 2 is about Traveler 001 Vincent Ingram and his strange success at undermining the FBI and the Traveler Team to bring every thing to a close. All this depends on a set of circumstances that at times defy belief.

So while it provides for compelling TV, lots just doesn’t stack up. And most of his agency depends on a large number of unthinking thugs willing to do his bidding. 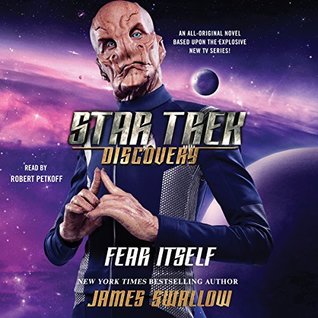 Frof Star Trek: Discovery, this is a story about Lieutenant Saru a very tall Kelpien. His decision during an investigation leads to a crisis that he has to resolve.

James Swallow, who I have read and has written for Star Trek before is a good author for this story.  The plot moves at a good place and provides adventure, excitement and intrigue.  There isn’t much science fiction, it’s more in the military science fiction genre. 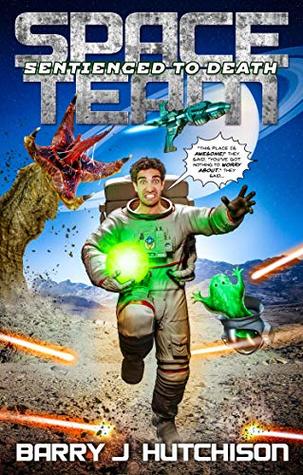 Cal Carver and his crew find themselves in possession of the Symmorium Sentience, a once god-like entity now stripped of its power. The Sentience needs help to return home and restore the Symmorium species, which recently found itself the subject of an unfortunate genocide.

More mayhem from Cal & Co as they transverse the universe, destroying things and generally being a nuisance, all to good comedic effect.

Another entertaining story from the Space Team.

Bohemian Rhapsody is a 2018 biographical film about the British rock band Queen.

It follows singer Freddie Mercury’s life from his joining the band in 1970, to their Live Aid performance at Wembley Stadium in 1985.

Seems to be the popular film of the moment, winning Golden Globes and BAFTA awards.

While the depictions of May, Deacon & Taylor were great, I couldn’t get on with Rami Malek’s depiction of Freedy Mercury. It looked like he was always munching on his false teeth with a variable accent.

The story roughly tells the Queen story, with exceptions that have been well documented. It starts and ends with the Live-Aid Concert in 1985. The re-creating of the 20 minute set was great, but it took 2 hours to get to it.

The film is doing well, with a budget of $55, it has currently made almost $800 million.

Hermitage, Wat and Some Druids
(The Chronicles of Brother Hermitage #5)
by Howard of Warwick (2015) 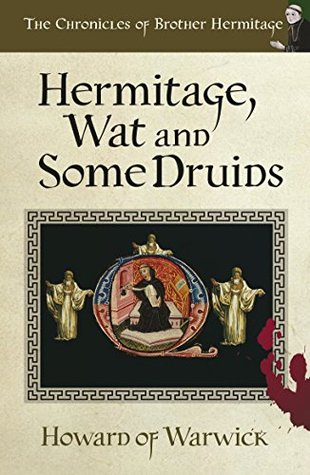 Brother Hermitage is at it again – this time with druids.

Firstly, the title is a bit too derivative of the previous. Maybe is should have been call “Brother Druid” or ‘Wales and Things”. Anyway, Hermitage is off to Wales with an increasingly larger group of migrants. There is a significant part of the plot that takes place in Wales with the Druid they will meet. As usual there is a good portion of the characters doing dumb or stupid things that drives the plot along. As expected, when the two groups finally get together, chaos reigns.

Howard is definitely getting better at these tales, increasing the jokes and comedy scenes. This is one of the best (so far) in the series.

2.07  “17 Minutes”
A new variation on groundhog day as the same 17 minutes is retold, with different travelers jumping into the body of a skydiver and having to complete a a mission. One of the more entertaining episodes of the season. 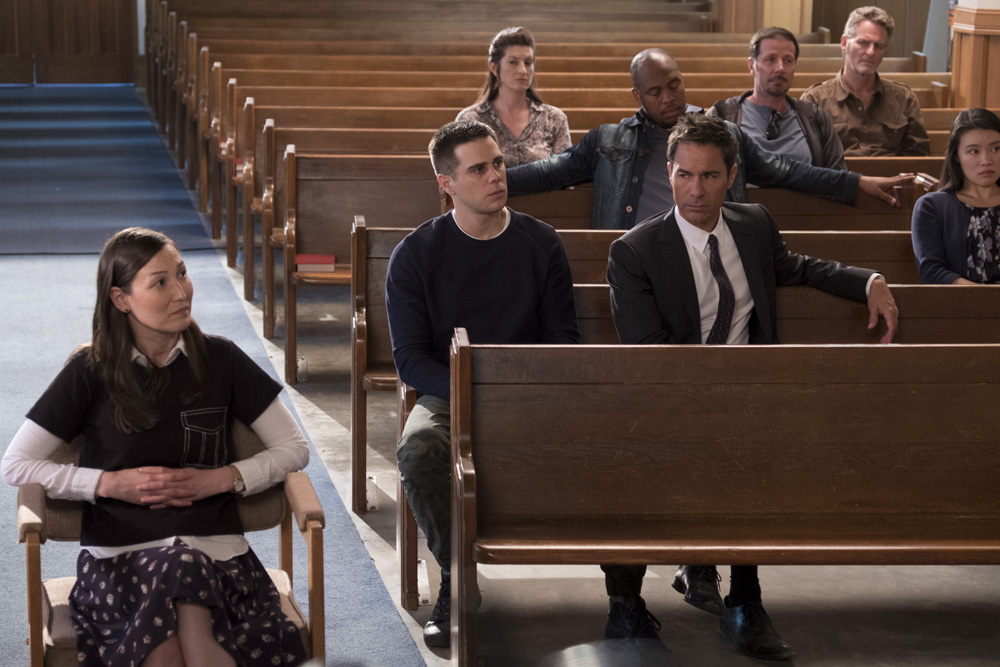 2.08 “Traveler 0027”
Three high-ranking Travelers are sent back by the Director to put Grace on trial for violating protocols, overwriting a person who was not assigned to be her host, and sabotaging the Grand Plan.

A great episode for actor Jennifer Spence who gets to be grumpy and assertive. And a happy 42 as it is her birthday today.