And a nice simple interior. 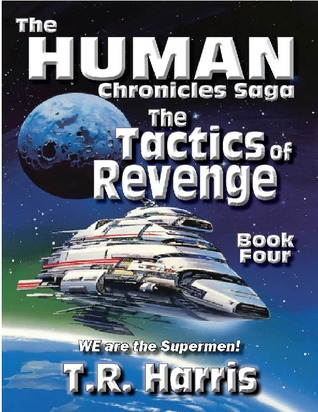 The Human Fleet is now ready to take on the forces of the Expansion in massive head-to-head battles among the stars.

But not all is as it seems, as the puppet-masters — the Klin — soon learn that the Humans — and Adam Cain in particular — are aware of their behind-the-scenes manipulations of the Human-Juirean War.

This is one big war story. And at the end it looks like Humanity has won. But wait, there must be more. There are another 23 books to go in this massive saga.

Her little sister Stella takes her in, but tensions soon flare as Stella’s husband Stanley keeps a brooding eye on his new sister-in-law.

Dark, depressing, brooding and ultimately a tragedy. The critics love it… 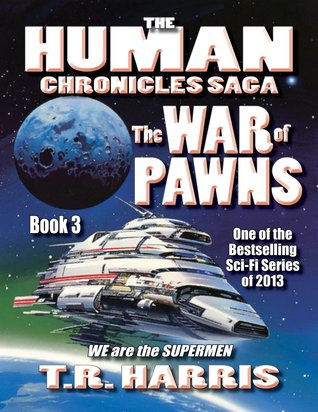 In The War of Pawns, Adam Cain, a Human lost in a galaxy of alien empires and exotic locales, fights desperately to return to Earth, only to find that his homecoming is anything but joyous.

Now that contact has been established with earth, it looks like war. As usual our heroes are right about the aliens and the Earth politicians are duped to fight. More action in this episode than previous ones.

63 “The Holdout”
Archer searches a jungle in Borneo for a crashed plane carrying sensitive information. He is ambushed by a Japanese soldier named Sato Kentaro, who has been marooned on the island.

64 “Three to Tango”
Slater has an assignment for Archer and Lana: extract a freelance CIA agent stranded in Buenos Aires.

65 “The Archer Sanction”
Lana, Archer, and Ray travel to a mountain climbing resort in the Alps to kill an assassin.

66 “Edie’s Wedding”
Pam’s nasty sister Edie is getting married and has overlooked Pam for maid of honor, in favor of a woman who stole her old boyfriend.

67 “Vision Quest”
Malory calls the team to the office for a 7:00 am meeting. They gather into the elevator for the ascent, and it gets stuck near the top floor.

68 “Sitting”
Lana leaves A.J. in Archer’s care. When she departs, Slater arrives at Archer’s with a bullet wound.

69 “Nellis”
After learning Lana set up his recent kidnapping to test his paternal abilities, Archer goes on a drunken bender to Vegas and somehow gets put on the no-fly and no-train lists.

70 “The Kanes”
Lana and Archer travel to Berkeley so that her parents can meet their granddaughter.

71 “Pocket Listing”
Slater has the gang swindle the Durhani royal family and Gillette lends a hand.

72 “Reignition Sequence”
Disgusted by Archer and Lana’s renewed romance, Cyril, Ray, Pam, Cheryl, and Krieger conspire to drive a wedge in between the couple.

74 “Drastic Voyage: Part I”
To save the life of a preeminent scientist who has discovered miniaturization, the team must enter his body and destroy a blood clot.

75 “Drastic Voyage: Part II”
The team’s mission inside Dr. Kovacs goes awry, and they are blacklisted by the CIA. 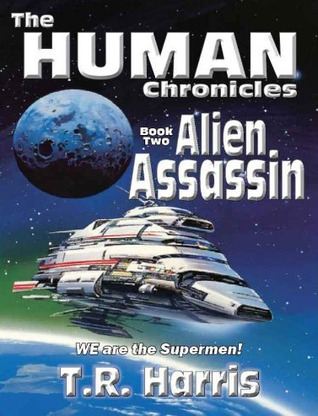 Adam Cain is now an intergalactic assassin, making a living fulfilling contracts mainly on the most unsavory of the alien criminal element. When his main benefactor is himself assassinated, Adam is in for a surprise when he meets up with his main competition…

In the second book, the expanse of the civilizations throughout  the galaxy is explained. The number of species and characters expands significantly and threatens to overtake the plot. Fortunately the story is focused on the main protagonist and his mates.

This is just as good, if not better than the first story.

Then, at the end there is the prospect of returning to earth. 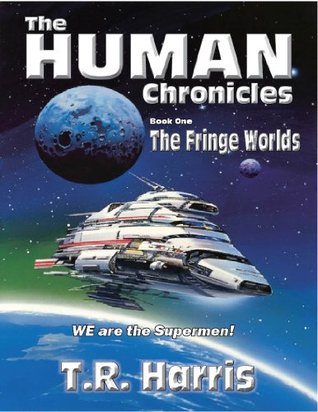 Adam Cain is a human dropped into an alien galaxy.
He is stronger, faster and more coordinated than every other alien you encounter. Now he is caught up in galactic politics.

In this season the team moves from being a spy agency (after it is revealed ISIS was never sanctioned by the U.S. government), to embarking on a life of crime as they attempt to sell cocaine.

50 “White Elephant”
ISIS is raided and disbanded by the U.S. government when it transpires that the agency was never sanctioned by them. Cyril, Pam, Cheryl, Krieger and Ray promptly spill the beans about all of ISIS’s operations, while Lana and Archer creatively break out of custody, only to find that Malory has managed to get everyone off the hook, on the condition that ISIS be dismantled immediately.

51 “A Kiss While Dying”
Disguised as a doctor and nurse, Archer and Lana take twenty kilos of cocaine – hidden in plaster covering Pam’s entire body to a deal with an unknown buyer.

52 “A Debt of Honor”
The gang decides to use the counterfeit money to buy guns but Pam takes it instead to buy amphetamines from the Yakuza. They trace Pam down (as she had left full and detailed listing of living at Cheryl’s mansion at her old apartment) as the Yakuza boss, Mr. Moto demands the drugs be returned.

53 “House Call”
As the gang discusses their diminishing coke supply and sending Pam to rehab, an FBI agent knocks on the door. Because he was invited in by Woodhouse, the gang fears they will be incriminated by their coke pile under the plain view doctrine.

54 “Southbound and Down”
With Charlene on the verge of discovery, Archer pays for an extravagant tour bus to get the gang to Texas for her debut performance.

55 “Baby Shower”
With Krieger operating an online pharmacy to distribute the cocaine to buyers, the gang has the free time to throw a neglected Lana a baby shower.

56 “Smugglers’ Blues”
Without Malory’s knowledge or permission, Archer takes some of the cocaine to South America, dragging Cyril and Ray along.

57 “The Rules of Extraction”
When the jeep carrying them crashes, Archer, Cyril and Ray (who has supposedly become paralyzed yet again) have to navigate their way through a jungle river, forcing Archer to confront his fear of crocodiles.

58 “On the Carpet”
Archer avoids crash landing in a dangerous swamp only to come face-to-face with a shady arms dealer.

59 “Palace Intrigue: Part I”
Archer and the rest of the ISIS gang are the guests of Gustavo Calderon, dictator of fictional Central American country San Marcos, and his wife Juliana.

60 “Palace Intrigue: Part II”
Archer tries to keep his fling with the dictator’s wife a secret while Krieger bonds with his clone-brothers.

61 “Filibuster”
Cyril becomes the new president of San Marcos and forcibly takes Juliana as his wife, Charlene becomes the first lady of country music, and Archer becomes a resistance fighter.

62 “Arrival/Departure”
Archer and later Malory and Pam help Lana with the delivery of her baby while Krieger, who after fighting and defeating his clones does not sufficiently prove to Ray that he isn’t actually one of the clones. Lana reveals to Archer that he is the father of her baby girl, since she took a sample of his sperm due to his physical specimen and her attraction to him.