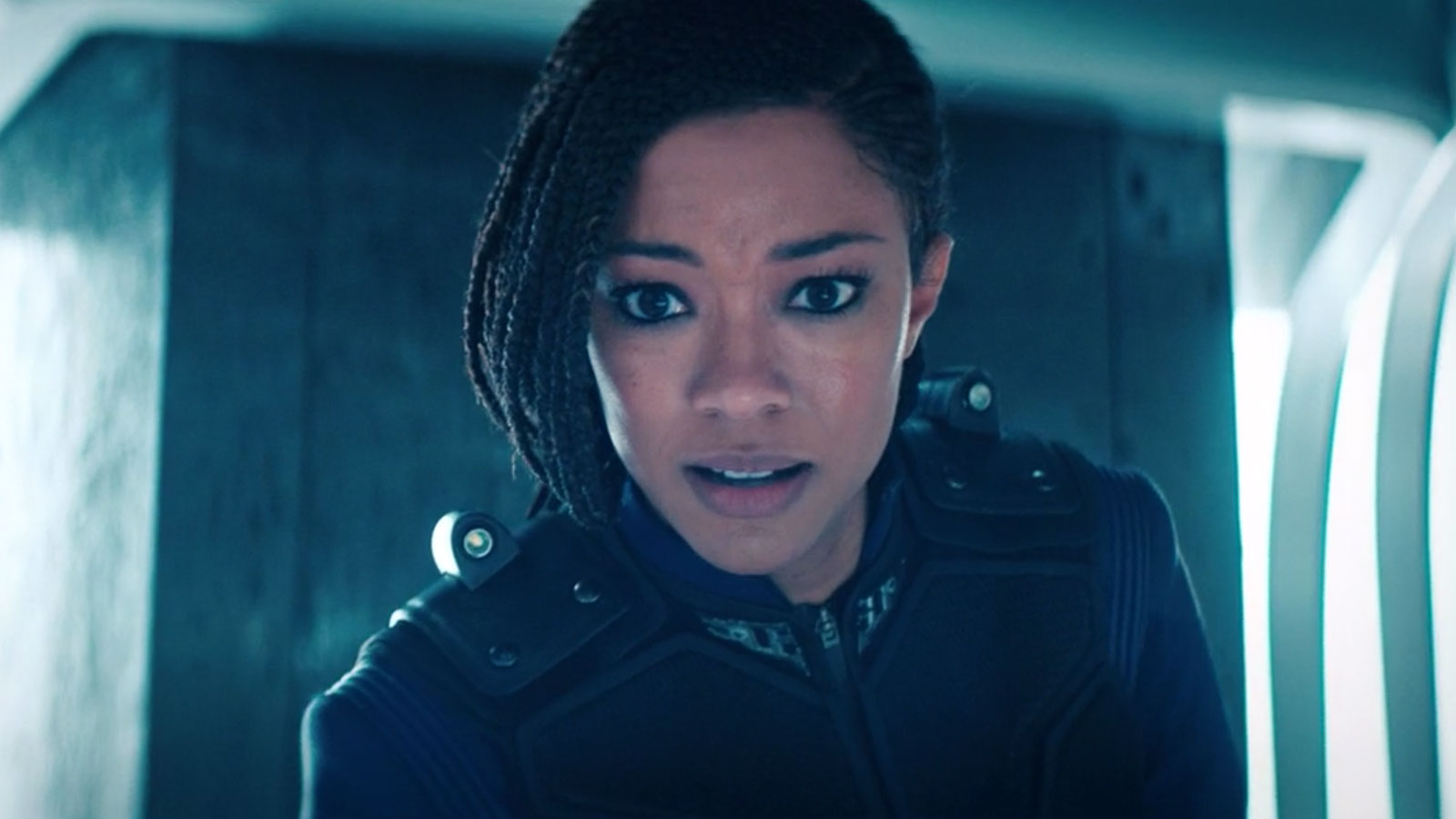 Unable to jump away without Stamets, Osyraa fights her way out of Federation headquarters and shuts off life support for the bridge crew. Despite this, Tilly and the bridge crew are able to plant a bomb in one of the ship’s nacelles with the help of the Sphere data, dropping Discovery from warp.

Burnham makes her way to the ship’s data core, kills Osyraa in a fight, and resets the computer systems. She turns life support back on and beams all Emerald Chain fighters off the ship.

The Emerald Chain collapses after Osyraa’s death, and planets begin to rejoin the Federation.

Well, that’s the end of a rather muddled end of season. Everything is reset and ready for Season 4 to be an ‘adventure per episode’ series. Ho Hum.