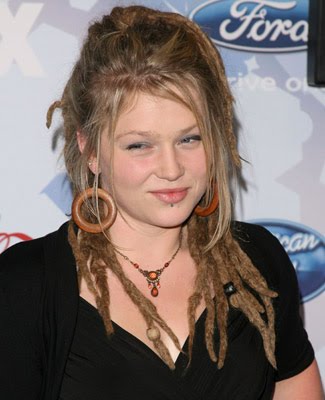 American Idol has finished on Season 15.
Unfortunately the best singer, La’Porsha Renae lost to Trent Harmon.
So I have gone back over my favorite singers and found the albums they released. Which is the best singer and the best album ?

Unfortunately some of the powerful voices (Melinda Doolittle, Candice Glover) have been served with albums aimed more at the teen market and poorly produced albums. My favorite singers are Haley Reinhart. and Crystal Bowersox. Haley released a very pop-oriented first album but has gotten better, especially when singing with Jazz bands. She has a new album ‘Better’ coming out in a few weeks. The single sounds like a promising start to the album.
Crystal Bowersox has two albums that are consistently good. So at the moment it’s a tie between Haley Reinhart and Crystal Bowersox.