In a last-ditch bid to save the light universe from Mantrid’s drones, 790 discovers (way too late), that he can create self replicating drones of his own, to fight Mantrid. Kai and 790 hatch a cunning plan to distract Mantrid, long enough for him to make the mistake of moving too many drones around them, thus engulfing them all in a giant black hole, collapsing the light universe, and shooting the Lexx into the Dark Zone. Lyekka’s pod is damaged, and she demonstrates yet more inexplicable talents, transforming herself into a Lyekka drone, and pulling Mantrid from his interface. She is killed in the process, somehow lodging part of herself in Stan’s mind.

This is the very definition of ‘Deus ex Machina’ (god from the machine). The term means a plot device whereby a seemingly unsolvable problem is suddenly and abruptly resolved by the contrived and unexpected intervention of some new event, character, ability or object. 790 gets replicating power and Lyekka transforms. Apart from this rather contrived ending to season 2, it’s satisfying in the large battle scenes and resolution to the Mantrid story.
(4/5)

Lexx 2.18 – Brigadoom
As the crew of the Lexx desperately flee Mantrid’s army of robot drones, they encounter a strange, floating theater in space. Once they are inside, an elaborate musical production begins that recounts the history of Kai and his people, the Brunnen-G. Kai and Xev both find themselves taking part in the musical: Kai as himself when he was alive, Xev as Kai’s unnamed lover. At the episode’s end the musical’s message of proudly fighting even in the face of sure defeat convinces Stanley Tweedle to join his friends in battle against Mantrid. The inspiration for this episode is the musical Brigadoon, where a cursed town only appears one day every hundred years.

Not as bad as it sounds. The music is good, very Lloyd-Weber and more importantly the play convinces Stanley that they need to change their tactics. (4/5)

Lexx 2.19 – Brizon (16 April 1999)
In an attempt to fight the Mantrid drones, the crew seek assistance from anyone still alive in the rapidly shrinking universe and conveniently find Brizon, Mantrid’s teacher, mentor and predecessor in the role of Supreme Bio-Vizier. Brizon is little more than an engineered, animated corpse, who hijacks Xev’s liver, and tries to extort sex from her (hopefully using Stan’s penis). He continues his amusing rivalry with Mantrid. His plan to defeat Mantrid involves capturing a working drone arm and activating a code he had previously installed in Mantrid’s machine’s programming. Mantrid plays dead for a little while, and then announces that it was all his devious plan from the start.

In which a new villian is introduced, does some sleazy things and then exits.  (3/5)

Lexx 2.16 – The Web
The crew learn that the only way to escape Mantrid is to flee to the Dark Zone. The only remaining portal is at the exact centre of the universe, and Kai warns them that many bizarre and improbable things exist there. A sinister, alien creature captures the Lexx and possesses the ship’s hapless captain, Stanley Tweedle. The ship’s robot 790, attempts to alert the crew that something is wrong with Stan, but by now they’ve all gotten so used to 790 abusing Stan that nobody takes 790’s warnings about Stan seriously. The Web tells the story in a relatively straightforward manner, while The Net fills in the background material, explaining various plot threads and introducing others.

Lexx 2.17 – The Net
The Net fills in the background material, explaining various plot threads and introducing others from the previous episode, “The Web.” The two episodes are very similar and share a large number of scenes, possibly due to budget constraints.

These two episodes tell the same story with slight differences. The second is unnecessary. Not a bad story, but a bit too strung-out with a weak plot. (2/5) 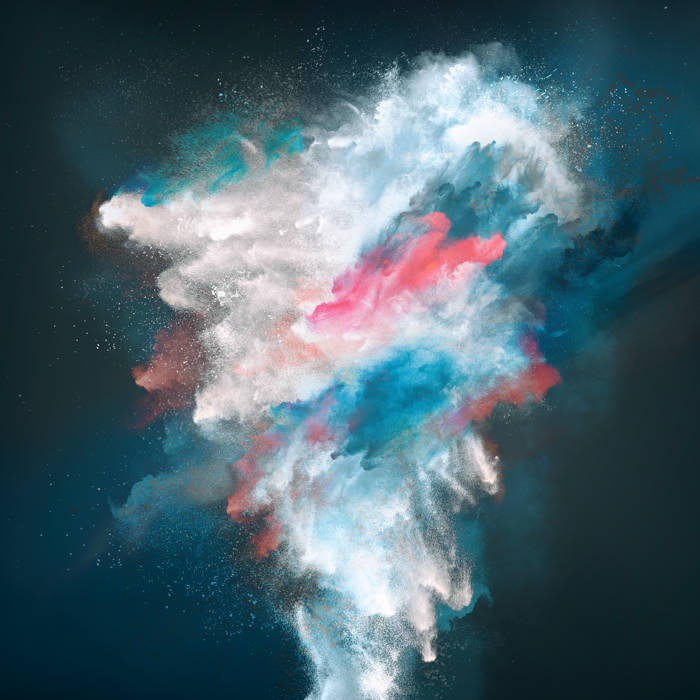 36 (pronounced three-six) is the ambient / experimental project of Dennis Huddleston from the United Kingdom.

The music draws on the history of Brian Eno and Steve Roach to create soundscapes in the void between music and random noise.

Sometimes orchestral in nature, or more like electronic static, it’s always engaging and interesting at low or high volume.

A lot of the music on his  site is free. 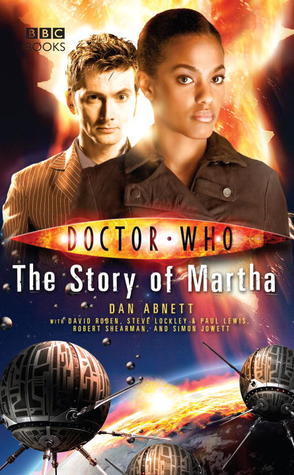 This novel only makes sense after seeing the end of the third season (2007) of the new Doctor Who. It fills in the tale of Martha’s year long wandering around the world telling people about the Doctor and his wonderful stories. The story brings you to the beginning of the episode the Last of the Time Lords.
The book is actually a series of short stories written in a collaboration and strung together to create a complete novel. Because of this, it’s not as good as a book wholly written by Dan Abnett, who is one of my favorite modern writers.

The best thing about the book is that it fills in the big question of what happens to Martha. 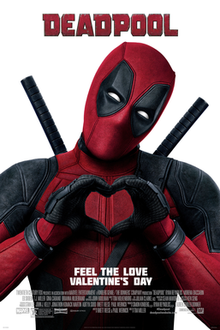 Deadpool is a 2016 American superhero film based on the Marvel Comics character of the same name. It is the eighth installment in the X-Men film series. The film is directed by Tim Miller, with a screenplay by Rhett Reese and Paul Wernick, and stars Ryan Reynolds, Morena Baccarin, Ed Skrein, T. J. Miller, Gina Carano, Brianna Hildebrand, Stefan Kapičić, and Leslie Uggams. The film follows Wade Wilson who, after being subjected to an experiment that leaves him with new abilities, hunts down the man who nearly destroyed his life.

This has a similar tone and scope to last years Ant-Man. But in this movie the ‘hero’ is a mercenary low-life who gets his superpowers after contracting cancer. He is not a nice character, there is lots of profanity and more blood than other Marvel films. It reminds me of Will Smith’s Hancock. What lifts the film is the witty dialog and funny script. Also, at 108 minutes it doesn’t slow down and keeps the audience engaged to the predictable end. (4/5)

From That Day by Logical Elements 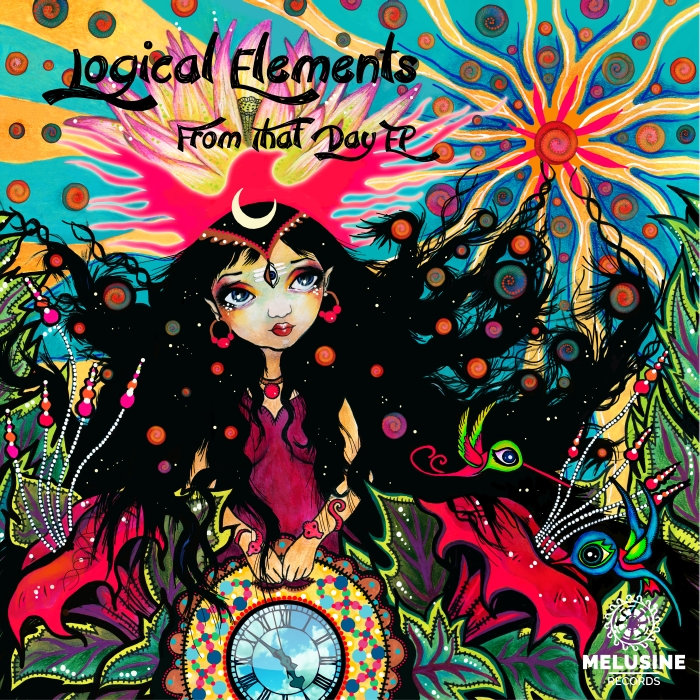 Wonderful blend of electronica and space rock with an eastern feel. We’re heading out into the void between galaxies looking for the pillars of creation.

Favorite track: And The Stars.

Lexx 2.14 – Patches in the Sky
Stan is having bad dreams and Xev tells him to do something “mighty” to feel better. Stan accidentally blows up a robot-manned manganese mining planet, after the robot administrator tells him of the Narco-Lounger, that allows people to enter and control their dreams. Fruitcake, a past customer of the Narco-Lounger tells the owner of Narco-World, Gubby, about Patches in the Sky, created by Mantrid’s Drones ongoing destruction of the whole universe. The terrible reality of this turns Gubby to drugs. Stan and crew arrive and Stan uses the machine to enter his dreams. Stans dreams turn into nightmares as he dreams of being chased first by the dead robot administrator and then by Giggerota. Xev must enter to save him, while Kai struggles to save them both.

At last a good attempt at an original script, despite being full of TV tropes from the 1960’s (3/5)

Lexx 2.15 – Woz
When 790 reluctantly reveals that Xev has a built-in expiry date that’s only 79 hours away, the Lexx heads to the planet Woz where the only remaining Lusticon, the love-slave transformation device, is. Before they can use it to reset Xev’s expiry date, however, Stan and Kai are sucked into a war being waged between the Wozzard and The Dark Lady, each having very different opinions about the morality of the Lusticon.

Lexx 2.12 – Norb
Norb, the adopted son of Pa Gollean (2.08), runs across a giant Candy House Satellite. Suddenly, it’s consumed by Mantrid Drones. It contains a colourful version of the Divine Order emblem, who then begin to chase Norb. Norb barely escapes by ejecting as his Charger is overrun by drones. Lexx and the crew hear his distress call in space and pick him up. Once inside he acts very differently from when previously encountered and suddenly his body comes apart to reveal 5 Mantrid Drones. In the process, Norb/Drones kill 790, crushing the tiny piece of human brain that enabled him to love Xev. The drones also deliver a message from Mantrid: “Let the contest begin”. Kai and Xev use Kai’s protoblood and a protein regenerator to bring 790 back. The Drones begin to “eat” Lexx and make more drones with his parts. The Lexx must reverse its particle drive to save itself.

At last, something that isn’t trying to be a parody and uses previously established characters. The problem that the solution is rather obvious and the story rather insubstantial. (3/5)

Lexx 2.13 – Twilight (March 5, 1999)
When Stanley Tweedle becomes gravely ill, the crew of the Lexx take him to the planet Ruuma. There they encounter a ghastly family: the father, Roada, is a scheming sleazeball, the last vestige of the Divine order, left behind on the planet by his brethren after the death of His Shadow; the mother, Hidea, is a shrew; the daughter, Lomea, is a surly goth teen. Ruuma has the power to bring the dead back to a kind of shambling life, and the many corpses of His Divine Shadow’s earlier bodies reside here, constantly trying to break in and devour the family. It was Roada’s job to look after the bodies when the Cluster was still in operation, but now he’s losing control of the situation and it seems the family won’t survive long. The same forces that animate the corpses has an unusual effect on Kai and after Xev is bitten it’s up to Lyekka to save the day.

A rather uninspiring Zombie story. Not sure if it’s supposed to be a parody as it lacks both laughs and any tension or horror. (2/5)

(at the Court Theatre)

Secrets are revealed, resentments released and new understandings formed in this fresh and funny perspective on an iconic and larger-than-life family.

It’s 1962 – the Beatles have their first hit, James Bond his first film – and Randolph Churchill is holding a luncheon party to celebrate the 88th birthday of his admired but estranged father. Sir Winston is a fading force and there is unfinished business in his loving but dysfunctional family.

Meanwhile, the socially inept Dr Jenkins, a newly appointed research assistant to Randolph, is pursuing his own agenda and forms a surprising bond with the wily Winston.

Winston’s Birthday is a dynamic mix of comedy and drama that will plunge you deep behind the façade of Churchill family politics during the last years of the great man’s life.