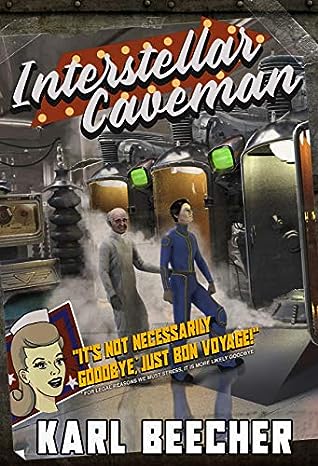 Colin Douglass is a terminally ill insurance agent who awakens from centuries in cryogenic freeze to find Earth is a devastated wasteland. Now, he’s being pursued by a homicidal interstellar tourist board, and calculating insurance dividends is as outdated as making stone axes.

Sold as comic science fiction. It does have elements of that, just in small smatterings. The problem is that it’s all strung out on a small plot. I can see that the author was trying for something like the ‘Hal Spacejock’ books by Simon Haynes, or the Harry Hutchinson ‘Space Team’ series. But it lacks the pacing, witty dialog and absurd situations that drive this type of story.

So while I did get through it to the end, there is little incentive to go on to the two subsequent stories.