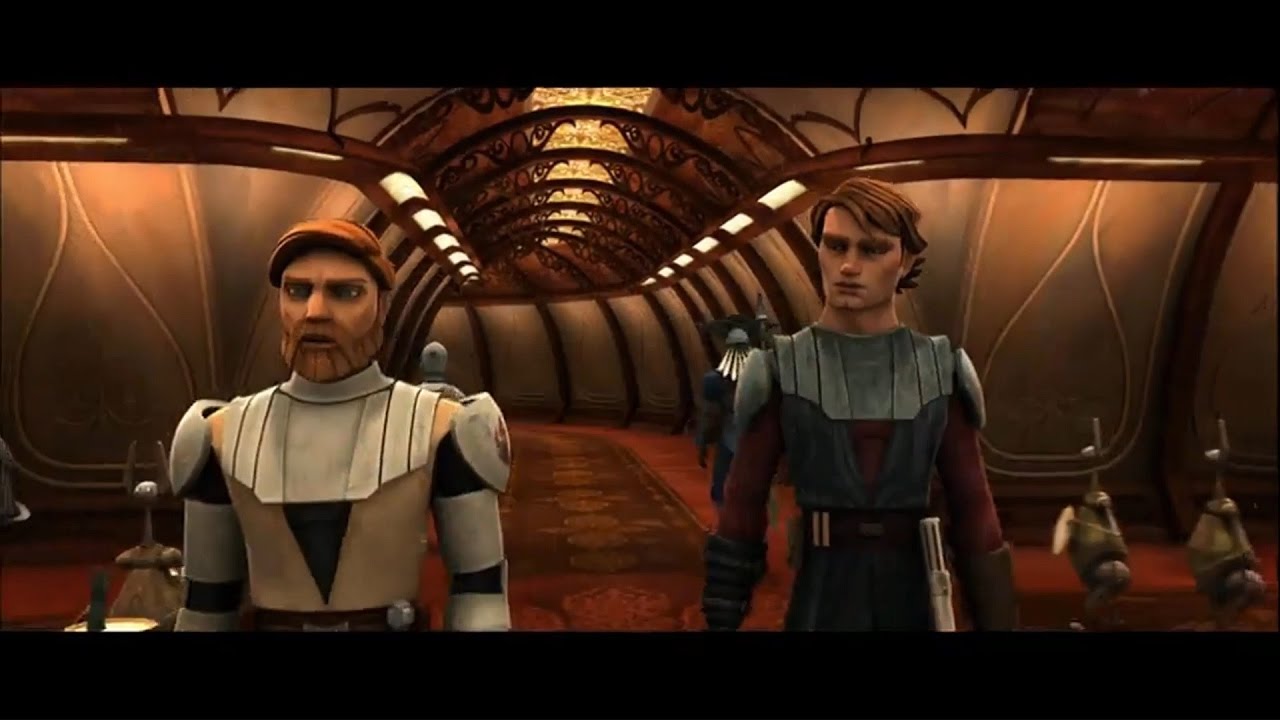 2.13 “Voyage of Temptation”
As Satine heads to Coruscant protected by clones and two Jedi, Anakin, R2 and the clones find assassin droids in the cargo while Obi-Wan tries to identify the traitor.

2.14 “Duchess of Mandalore”
On Coruscant, Satine disguises herself as a civilian to avoid assassins as she pleads for the Senate to leave her planet in peace. At this point, the plot becomes more political than military.

2.15 “Senate Murders”
Senator Onaconda Farr is poisoned, and Padmé teams up with Bail Organa to unmask the culprit, who turns out to be a fellow senator. Now it’s murder mystery time.

2.16 “Cat and Mouse”
A highly seasoned Separatist strategist stands between the Republic fleet and beleaguered Republic forces on Christophsis. Anakin finds himself in command of an advanced prototype stealth ship with orders to ferry supplies to the weary troops on the planet below.