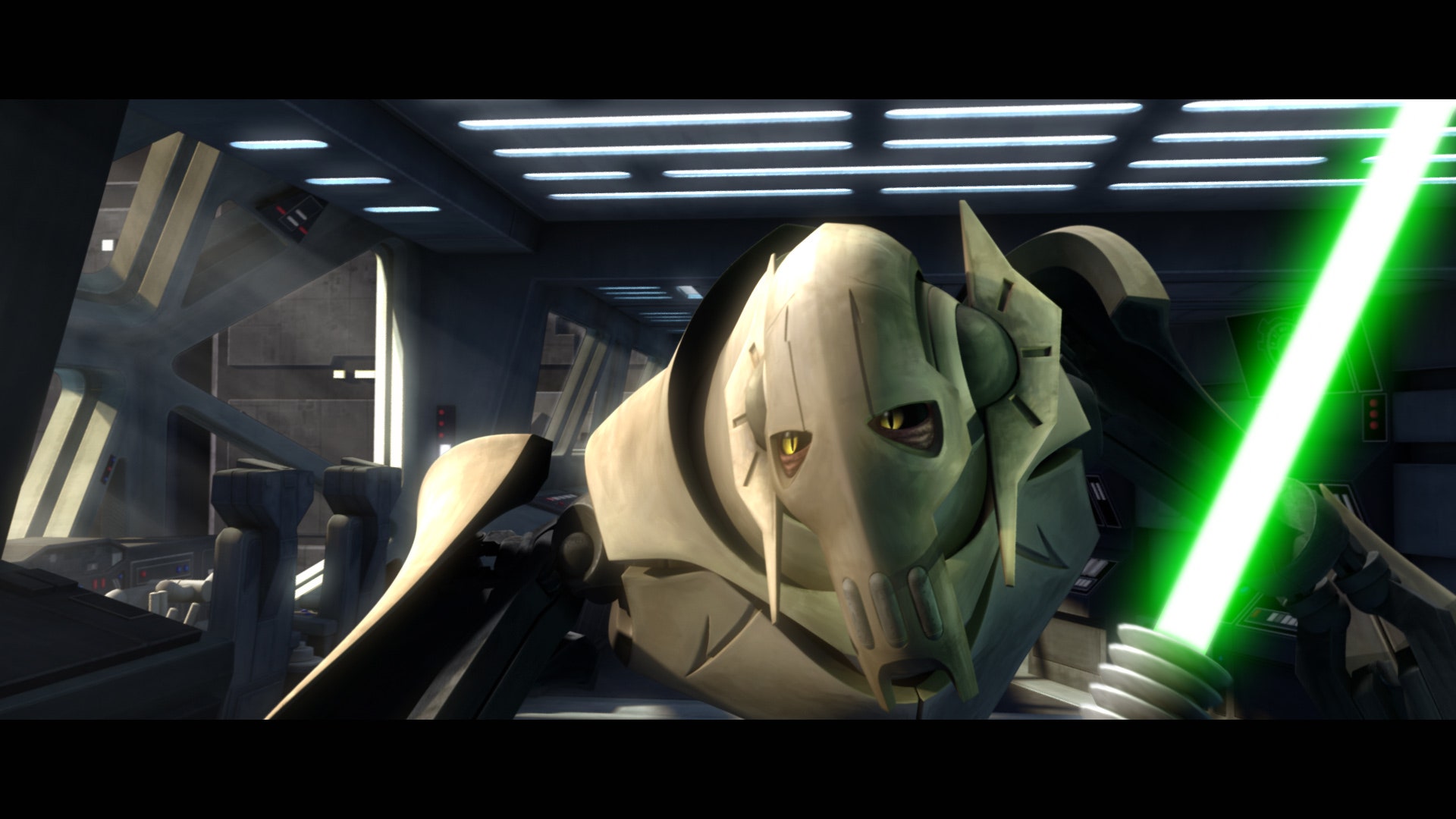 2.09 “Grievous Intrigue”
Jedi Master Eeth Koth is captured by General Grievous. While Jedi Master Adi Gallia and Anakin try to rescue him, Obi-Wan plays bait to lure Grievous and capture him. Still, the General gets away. More escapes and he will regarded as immortal as Jedi !

2.10 “The Deserter”
After escaping to the planet Saleucami, Grievous searches for a ship to get off-world.  Rex is wounded and meets a deserter at a farm where he takes shelter. Another episode to ‘humanize’ the clone troopers.

2.11 “Lightsaber Lost”
When Ahsoka’s lightsaber is stolen by a pickpocket, she gets help from the seemingly feeble elder Jedi Tera Sinube as she tracks down the thief. This one focuses on Ahsoka, and the fantastic urban landscape of Coruscant.

2.12 “The Mandalore Plot”
Obi-Wan is assigned to protect Duchess Satine Kryze of Mandalore from a terrorist organization called Death Watch.
Is this a love interest for the Jedi ?
It looks like it, and she can kick butt too !