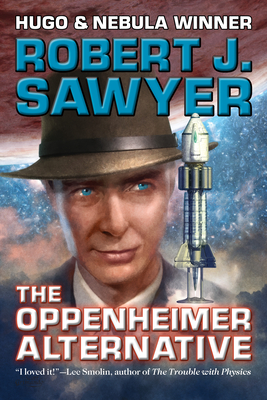 While J. Robert Oppenheimer and his Manhattan Project team struggle to develop the A-bomb, Edward Teller wants something even more devastating: a bomb based on nuclear fusion—the mechanism that powers the sun.

Teller’s research leads to a terrifying discovery: by the year 2030, the sun will eject its outermost layer, destroying the entire inner solar system—including Earth.

This story takes all the main characters of the Manhattan Project (real people) and projects them into an alternative history after the bombs are dropped.

It postulates that the sun will explode in about 80 years, enveloping the earth and destroying all life. It’s up to the scientists to come together and save humanity. Can they do it ?

Yeah, probably but they wander about having conferences and not really doing anything. Then when Oppenheimer gets involved in the McCarthy hearing you realize that the author has lost his way and seems to be following established history after all.

Looking back, not much has happened. Just about all the physicists of the 20th century have been names dropped, but to no end. And you realize just how boring this book is and stop reading at 3/4 of the way through.