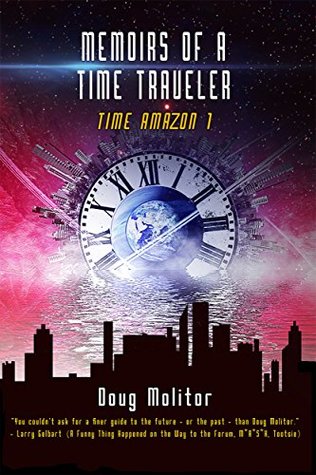 Archaeologist David Preston comes into possession of a baseball supposedly signed by the legendary Ty Cobb in 1908, thanks to Ariyl Moro and her mysterious companion, Jon Ludlo.

The ball tests out to be an impossible paradox. It was signed with a ballpoint pen (not invented until 1938) using ink that’s several centuries older. But then, Ariyl and Ludlo aren’t who they claim to be either.

So it’s a jump into a time travelling science fiction adventure. Ariyl is a tall beauty from a 22nd century paradise where time travel is the latest craze.

Ludlo plays the psychopathic villain who steels stuff and causes alternative timelines. Generally light in tone the story speeds along as the two travelers solve problems and interact with american presidents. There is some very specific American history here, but most is explained for an international audience.

However eventually the plot and time threads become so complex it gets a bit confusing. In the end it all accumulates to a big fight that feels ripped off from a Bond film.

So an enjoyable romp through time, but not memorable.