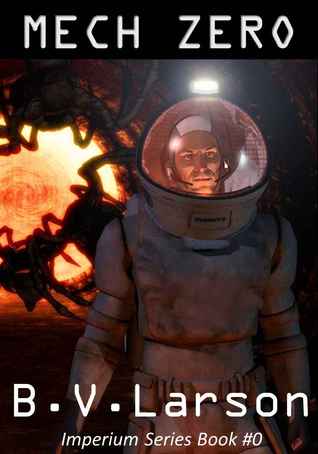 Out along the rim of the galaxy hangs a loose configuration of some sixty stars known as the Faustian Chain. This whorl of sparkling suns is rich in planets and occupies an irregular volume of space some twenty lightyears in diameter. From an external viewpoint, the Chain presents a colorful display of plasma-streams, luminous nebulae and sparkling pinpoints of light.

The human colonists who settled the Chain were aware the region had recently been populated by other species–beings that had all but vanished after waging devastating wars thousands of years in the past.

This a a short novelette length prequel to the series. Two civilizations, one peaceful, the other Militaristic.
On tries to take over, but encounters an unknown alien. Things go badly.

Entertaining as usual from B. V. Larson, this is a mash-up of Starship Troopers and Alien.

Postscript: The next book turned out to be not very good. Surprisingly confusing plot for this author.