The Good Place Episode 46 ‘Help Is Other People’ 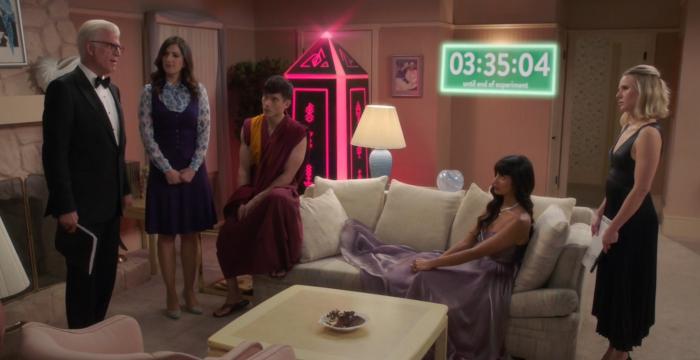 On the last day of the yearlong experiment, Simone deduces that the neighborhood is an experiment; she correctly identifies the four subjects, but also believes Tahani and “Jianyu” to be subjects.

Everyone reveals their secrets: John’s knowledge of Jason’s identity, Brent’s “Best Place” objective, and Chidi having been told Simone is his soulmate. Simone and Chidi discover the scoreboard identifying only them, Brent, and John.

In a last-ditch effort to earn points, Michael throws Brent into a sinkhole, hoping the other three will rescue him despite his flaws and summon a train.

So now we come to the end of the experiment. And it looks like they have lost. Here’s hoping that they will somehow turn things around.

Or maybe this whole good/bad thing is just the wrong way to think about the afterlife.