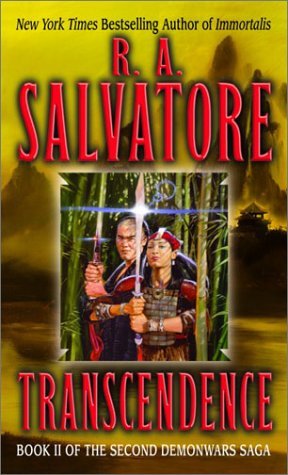 It is the summer of 839. Brave and beautiful Brynn Dharielle sets out on a daring mission to free her beloved homeland from tyrannical rule. But she cannot imagine the depth of chaos, corruption, and betrayal that seethes admist a ruthless sect of warrior priests, led and manipulated by an evil chieftain who conceals a dark, age-old secret.

This is number six, and it has taken six months to get through these audio-books. Sometimes there has been breaks that mean I have to pick up on the story each time. It’s definitely a  slow way to read and after this series (one more to go) I’m done with long novels in audio format.

The story itself is involved and involves a Dragon, wars, intrigue and lots of bloodshed. Still interesting enough to see where this ends.