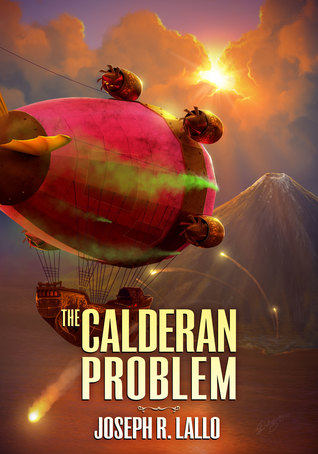 The Calderan Problem is the fourth high-flying, swashbuckling adventure in the Free-Wrench series.

Several months have passed since Nita’s last adventure in the fug, and though she has spent them back in her native Caldera, she has never been busier. After countless debates and discussion, she has finally convinced her people to give the Wind Breaker and its crew safe harbor on the shores of her idyllic homeland. Now she is looking forward to introducing Captain Mack, Lil, Coop, and the rest of the crew to the land of her birth.

The first in the series was brilliant, the second also good, the third a disappointment. This I didn’t finish. After getting 29% through nothing was really going on and it became rather boring. So I stopped reading.