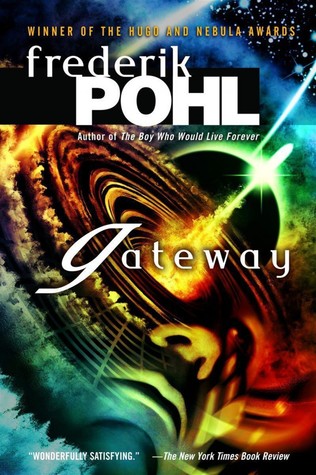 How it got these awards, why ? I don’t know.

It’s not a good novel. Half of the story is of the main protagonist whining to a robot psychiatrist , which isn’t interesting. The other half is of his journey to Gateway. It didn’t get far as I stopped after a quarter of the way through. It became boring, endless conversations and comments. The premise was interesting, but nothing happens to draw the reader along in the story. Another example of ‘award’ winning novels lacking a decent plot.

This was read as part of the Sword and Laser book of the month read.