3.12-13 “Ghosts of Geonosis”
After the legendary Saw Gerrera (Forest Whitaker) and his rebel squad go missing on Geonosis, the Ghost crew is sent to investigate.

Ezra, Kanan, Rex, and Chopper split off to search for Saw while Hera, Sabine, and Zeb stay behind to salvage a still operational shield generator. Ezra and his group are rescued from a battle droid ambush by Saw, who explains that the droids killed the rest of his team, and that they were rebuilt by a Geonosian survivor.

3.14 “Warhead”
While the rest of the Ghost’s crew and Phoenix Squadron are away on an exercise mission, Zeb is left in charge of security at Chopper Base. At the same time, the Empire launches a large number of disguised infiltrator droids throughout the galaxy, and one of these units lands near Chopper Base.

This time it’s Zeb who gets to play the comic sidekick. Thanks to the droid AP-5 being the straght-man, he largely suceeds. It’s difficult not to see AP-5 as a variation of C3PO. 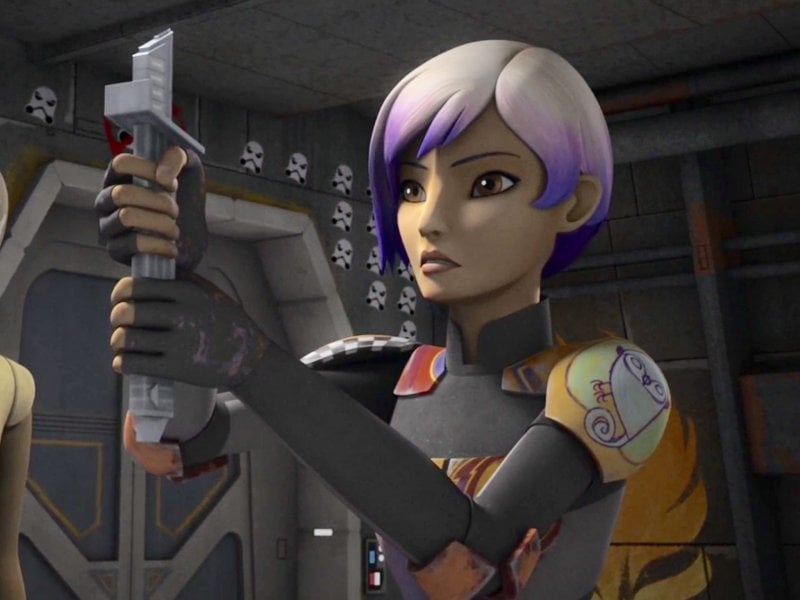 3.15 “Trials of the Darksaber”
Upon being told by Fenn Rau what status the Darksaber Sabine recovered from Dathomir holds among the Mandalorians – especially the prestigious House Vizsla, who once ruled Mandalore – Kanan decides that Sabine should wield it in order to rally the Mandalorians into the ranks of the Rebel Alliance.

This episode really takes on the genre of space opera as decisions by individuals are bound to have large scale implications.