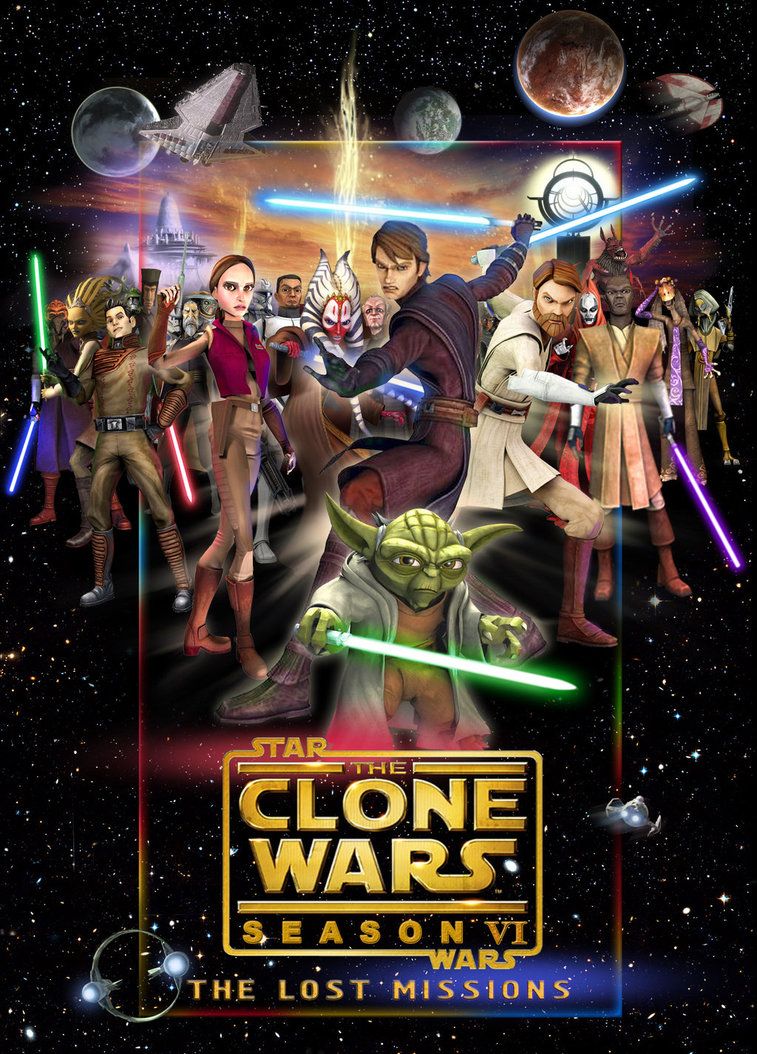 This season has three main plot arcs. The first explains the origin of Order 66, to kill all Jedi.

And finally, Yoda has a mystical journey to the dark side (and back ?)

6.01 “The Unknown”
Clone Trooper Tup is suffering from a severe neurological disorder that causes the death of a Jedi Master.

6.02 “Conspiracy”
Tup is undergoing a medical examination in the sterile laboratories of Kamino to find the motives for his shocking attack on the Jedi Master.

6.03 “Fugitive”
Tup is transported back to Coruscant, where his body is to be examined by the Chancellor’s personal physician.

6.04 “Orders”
In an effort to find more answers about Tup’s actions, Fives attempts to speak with Chancellor Palpatine personally, only to find himself on the run.

6.05 “An Old Friend”
While on a mercy mission to the planet Scipio, Padmé Amidala’s old flame Rush Clovis gets in touch with her asking for help.

6.06 “The Rise of Clovis”
Clovis strikes a dubious deal to become the leader of the banking clan, which is deeply mired in corruption.

6.07 “Crisis at the Heart”
Clovis’ deal with the Separatists backfires and consequently instigates war to Scipio, thus provoking the Republic to intervene and ultimately win the battle.

6.08 “The Disappeared, Part I”
The peaceful world of Bardotta finds itself threatened by an ancient prophecy.

6.09 “The Disappeared, Part II”
In order to fulfill a dark prophecy, a mysterious cult kidnaps Julia, queen of the planet Bardotta. Mace Windu and Jar Jar Binks to the rescue !.

6.11 “Voices”
Yoda is deeply unsettled when he hears the voice of his deceased friend Qui-Gon Jinn in his head.

6.12 “Destiny”
Guided by the Force, Yoda travels to the heart of the galaxy.

6.13 “Sacrifice”
Yoda must to pass his final test.