4.17 “The Box”
Count Dooku invites some of the best bounty hunters in the galaxy, including Cad Bane and a still-disguised Obi-Wan, to compete in an obstacle course. It’s 3D Tetris, with people.

4.18 “Crisis on Naboo”
Supreme Chancellor Palpatine goes to Naboo, guarded by Jedi Knights. Meanwhile, Cad Bane, a still-disguised Obi-Wan and a pack of bounty hunters put their plan into action, but it fails when Obi-Wan alerts the Jedi and Dooku doesn’t rendezvous with them to collect his quarry.

4.19 “Massacre”
After failing to kill Dooku or control Savage Opress, Asajj Ventress is advised by Mother Talzin to reject the ways of the Sith and rejoin the Nightsisters. Upon discovering Ventress’ location, Dooku commands General Grievous to launch an assault in a bid to eliminate Ventress and the entire Nightsister clan. 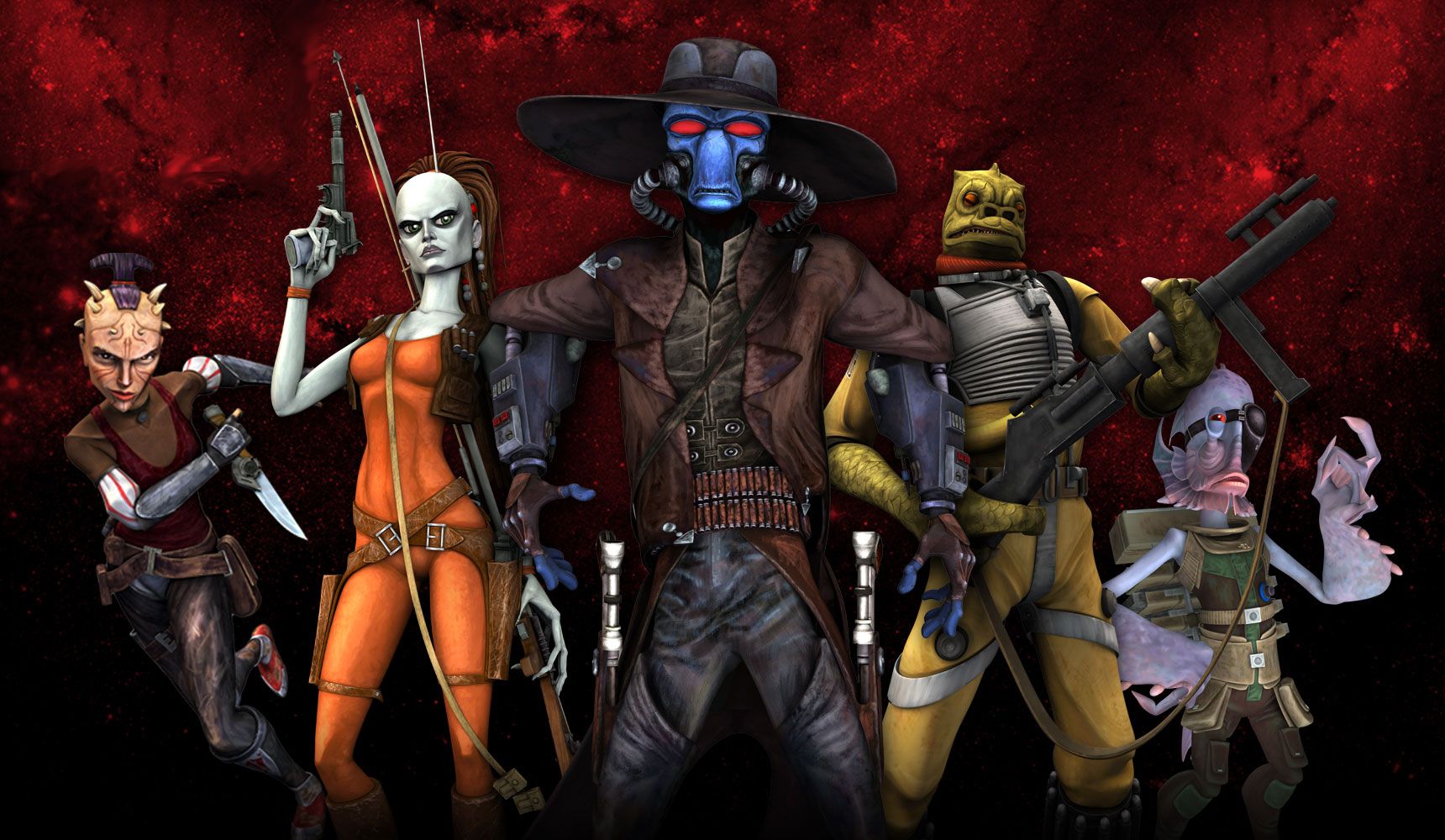 4.20 “Bounty”
An aimless Asajj Ventress joins a team of bounty hunters under the leadership of a pre-teen Boba Fett. On an alien world, they undertake a delivery mission.

4.21 “Brothers”
With a magical amulet from Mother Talzin, Savage Opress lands on a junk planet in the Outer Rim and searches for his lost brother. With the help of the snake-like Morley, Savage finds his brother, the former Sith lord Darth Maul, who has been driven to insanity from his bisection and near-death experience on Naboo over ten years earlier.

4.22 “Revenge”
Fueled by hatred, Maul and Opress set out to take revenge on the Jedi who had sliced him in half.