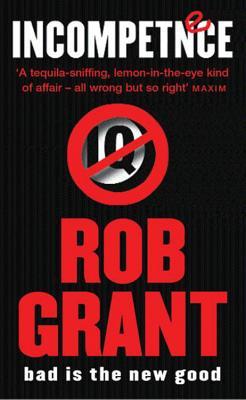 In the not too distant future the European Union enacts its most far reaching human rights legislation ever. The incompetent have been persecuted for too long. After all it’s not their fault they can’t do it right, is it? So it is made illegal to sack or otherwise discriminate against anyone for being incompetent. And now a murder has been committed and our possibly incompetent detective must find out who the murderer is.

The author seems to have left the plot outline in the novel. You can feel as it moves from one pre-defined scene that is ‘comic’ to another marked ‘backstory’ and finally as the story ends ‘action’.

Each set piece is well done, the comic scenes are silly and amusing. The action does work. The problem is that as a whole, it just doesn’t add up to much.

So it’s a detective looking for a murderer, but the plot meanders through so many scenes that don’t move the story forward. It could have done with a good editor to provide some cohesion to the story.