The Mandalorian Episode 2.02
Chapter 10: The Passenger 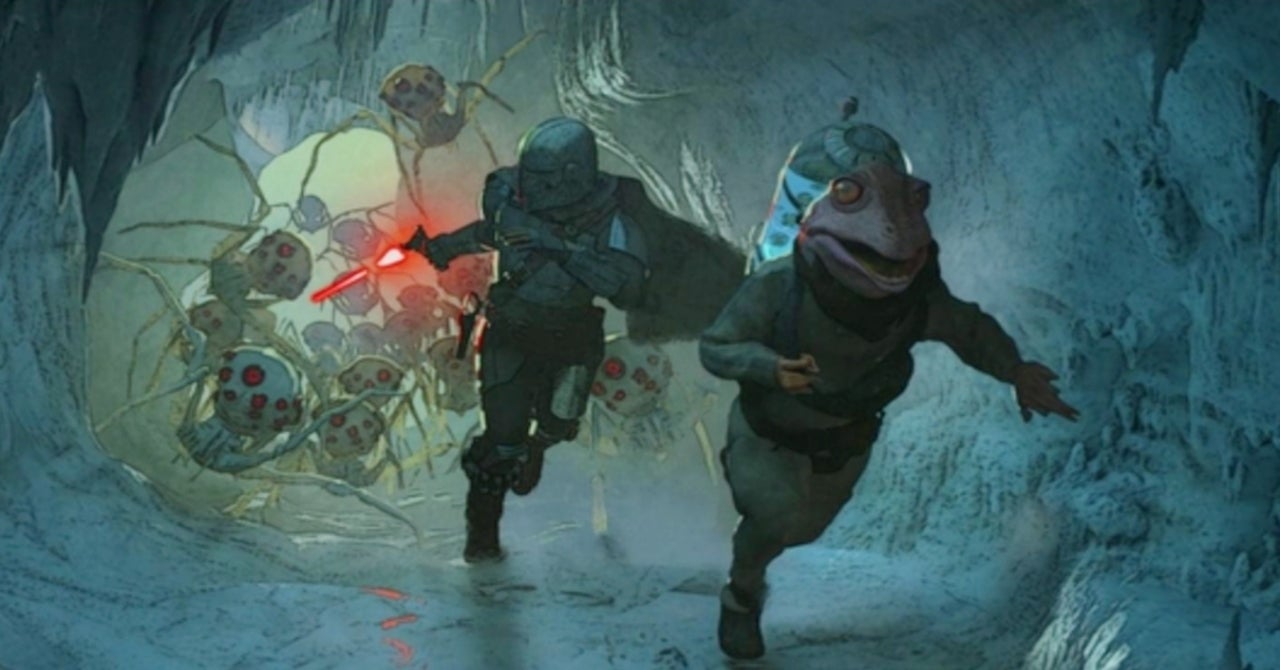 The Mandalorian agrees to take a frog-like creature and her eggs from Tatooine to the estuary moon Trask, where her husband will fertilize the eggs, in exchange for information on other Mandalorians.

Due to the eggs’ fragility, they must travel at slow “sub-light” speeds. On their journey, they are confronted by X-wing fighters who force the Mandalorian to a nearby icy planet because he is wanted by the New Republic for his role in a prison break; he crash-lands on the planet.

While the Mandalorian fixes the ship, the child stumbles upon numerous eggs inside an ice cave which hatch to reveal a swarm of spider-like creatures.

The Mandalorian, child, and passenger are trapped in the Razor Crest, the Mandalorian’s ship, until the X-wing pilots find them and kill the creatures.

They explain that because the Mandalorian helped apprehend his accomplices from the prison break, they will drop the arrest warrant and leave him with a warning.

After the Mandalorian finishes the repairs, the tattered Razor Crest takes off and resumes its journey to Trask.

What did we learn:

1. Spaceships are tough. A few hours of work, some welding and your ship is ready for flight.

2. Water, in all it’s forms is everywhere.

3. Someone has been watching ‘The Hitchhiker’s Guide to the Galaxy’. The scene with the fighter pilots feels like it came from HHGTG.

4. This child will eat anything.