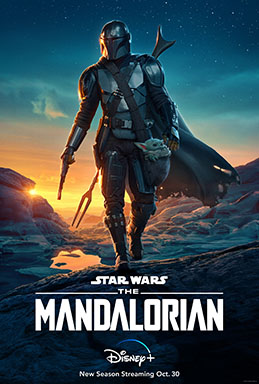 The second season of the The Mandalorian involves the bounty hunter trying to return “The Child” (young Yoda?)

He begins searching for other Mandalorians who he believes can help him find the Jedi, and is directed to the Tatooine town Mos Pelgo.

So it’s back to Tatooine. He finds ‘The Marshal, but he’s just some dude who obtained Mandalorian armour from the Jawas.

The Mandalorian wants it back, but to complicate things, there is a big bad monster that has to be killed.

The monster is like something from ‘Tremors’ or the sandworm from Dune. Thanks to his excellent negotiating skills, everyone comes together to kill the thing.

The  Mandalorian leaves, watched by a scarred figure which I identified as Temuera Morrison.  He played Jango Fett,  the father of Boba Fell who was in ‘The Empire Strikes Back’

The armour worn by the Marshal looks a lot like  that worn by Boba Fett, and with Jango turning up does that mean that he ‘obtained’ it for his son ?