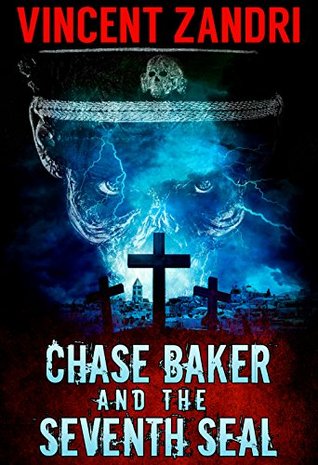 When Renaissance man and adventurer, Chase Baker, is contracted by a rich young rare book dealer to uncover seven metal Bible codices which rival the Dead Sea Scrolls in Biblical historical significance, he also discovers that the seventh book is sealed with a metal not found on this earth.

These just keep getting stranger and sillier. This time Chase has to race the clock to put a metaphorical key into a hole. And all the time I’m thinking – 30 Minutes, didn’t know they were that accurate with time in the life of Jesus, well…

THE DIVISION of the hour into 60 minutes and of the minute into 60 seconds comes from the Babylonians who used a sexagesimal (counting in 60s) system for mathematics and astronomy. They derived their number system from the Sumerians who were using it as early as 3500 BC. The use of 12 subdivisions for day and night, with 60 for hours and minutes, turns out to be much more useful than (say) 10 and 100 if you want to avoid having to use complicated notations for parts of a day. Twelve is divisible by two, three, four, six and 12 itself – whereas 10 has only three divisers – whole numbers that divide it a whole number of times. Sixty has 12 divisers and because 60 = 5 x 12 it combines the advantages of both 10 and 12. In fact both 12 and 60 share the property that they have more divisers than any number smaller than themselves. This doesn’t, of course, explain how this system spread throughout the world.

All the same – just as fun as previous stories.