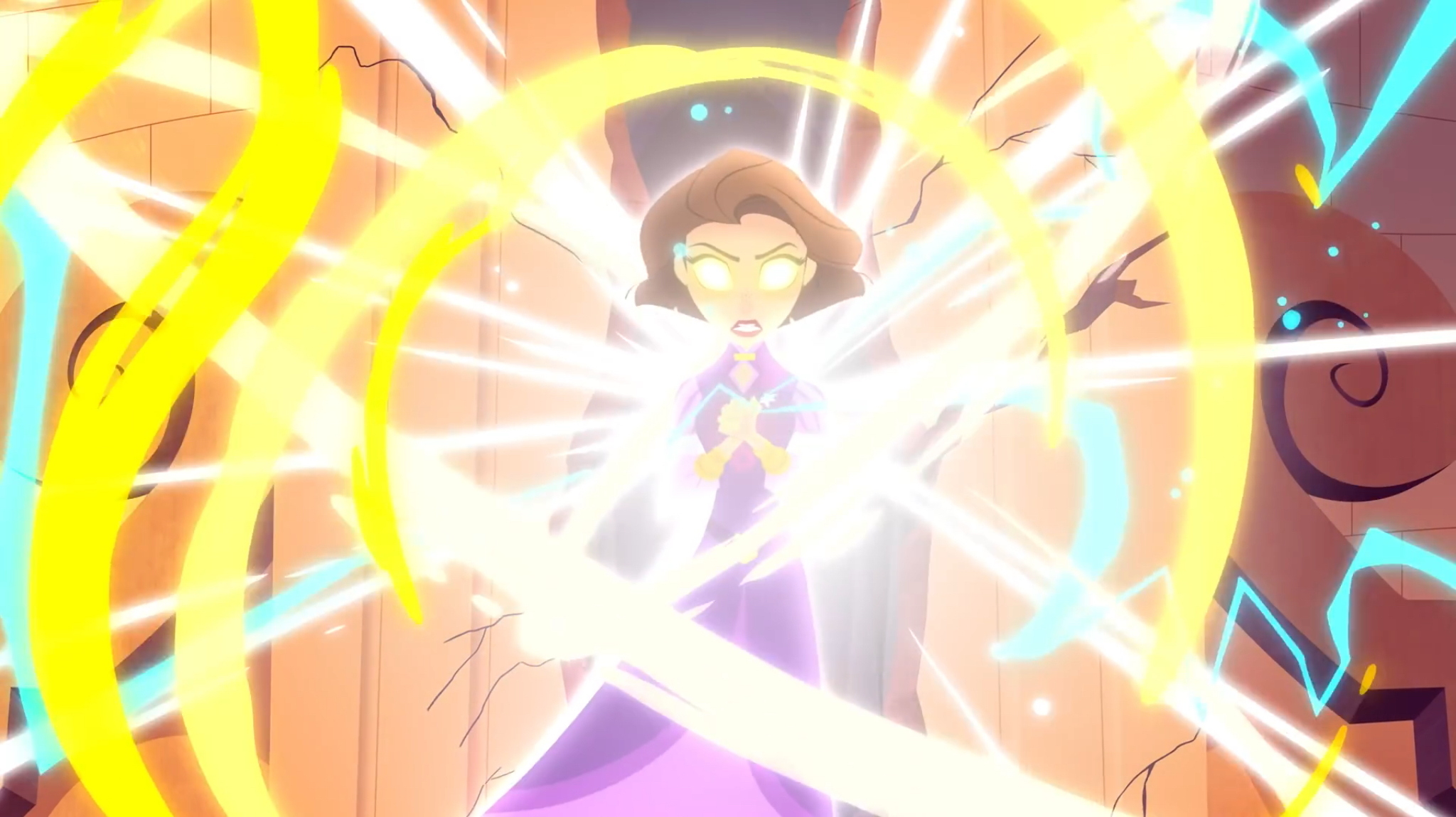 Rapunzel rallies all of Corona together to take back the kingdom. Varian learns that Demanitus made a machine that trapped Zhan Tiri in another world. Rapunzel, Eugene, Pascal, Varian, Lance, Angry and Red venture to Demanitus’ tomb to get the plans.

Rapunzel faces off with Cassandra, but with the impending eclipse, Rapunzel’s powers begin to wane.

The Coronans successfully build the machine, but Hamuel accidentally activates it, sucking everyone in, except Eugene and Edmund.

With the eclipse in full effect, Zhan Tiri steals both the Sundrop and the Moonstone, rendering both Rapunzel and Cassandra powerless and transforming herself into a giant demon while destroying the machine.

While the Coronans alongside Adira, Hector and King Edmund battle against Zhan Tiri, Rapunzel and Cassandra make up.

They battle Zhan Tiri and force her to merge the Sundrop and Moonstone gems together at the cost of Rapunzel cutting her brown hair short again.

Zhan Tiri is finally destroyed as the black rocks disappear while the Sundrop and Moonstone become one.

They all live happily ever after. 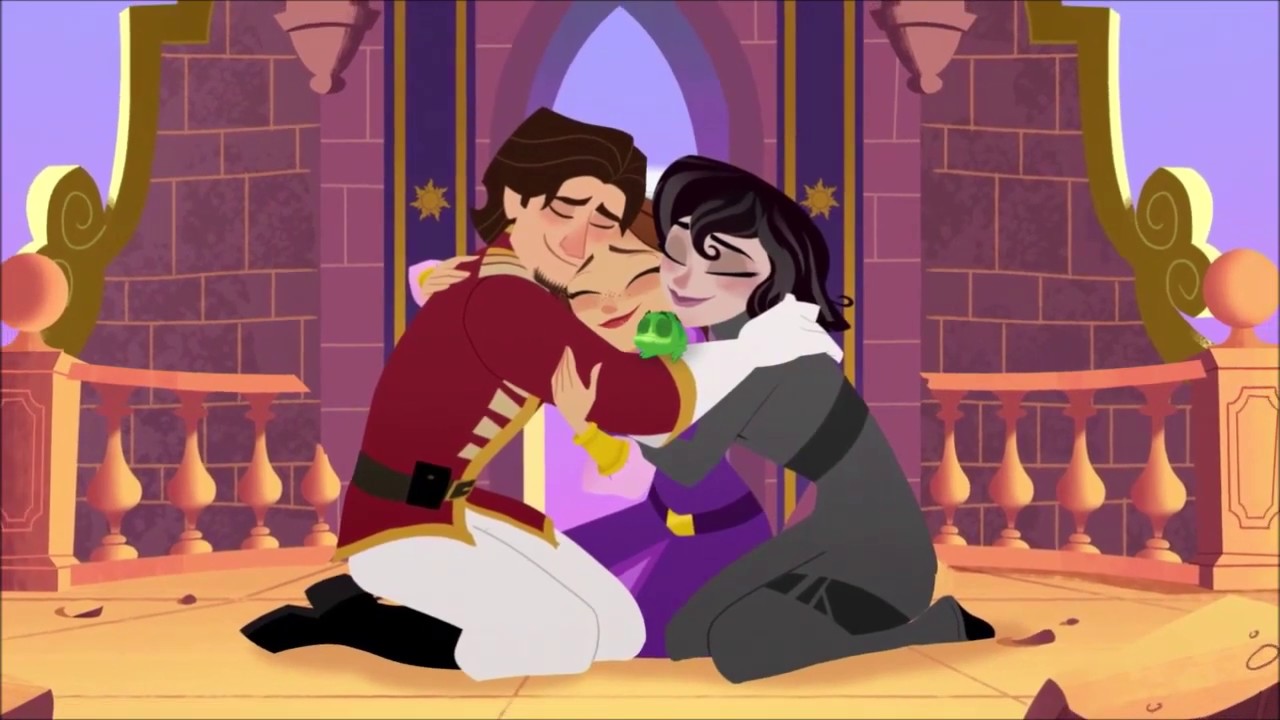