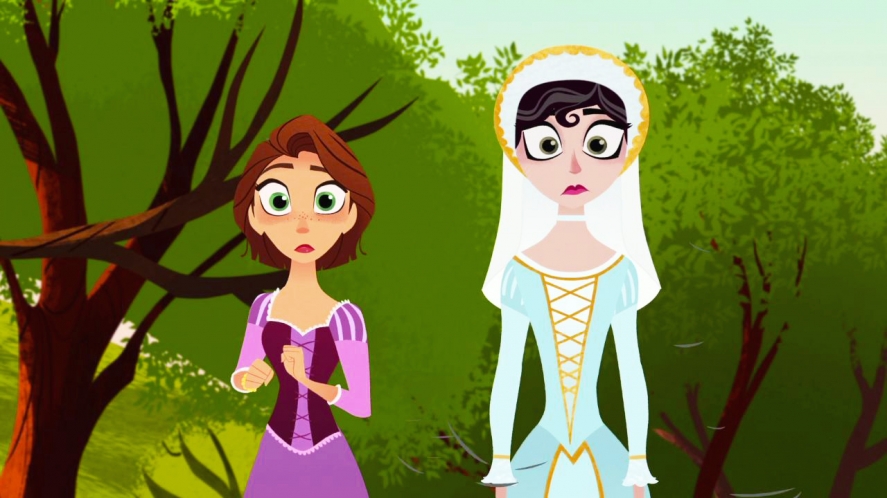 3.07 “Beginnings”
Rapunzel is having trouble picking a new lady-in-waiting. Eugene believes that it is because she still has not gotten over Cassandra, but she stubbornly denies this. Cue major flashback for most of the episode. Most of this is redundant, while it shows the beginning of Cassandra and Rapunzel’s relationship, it’s nothing we don’t know.
And when Cassandra eventually accepts Rapunzel as a friend, it does feel forced as it’s Cassandra that is the one changing to fit into the predetermined plot. So far, my least liked episode. 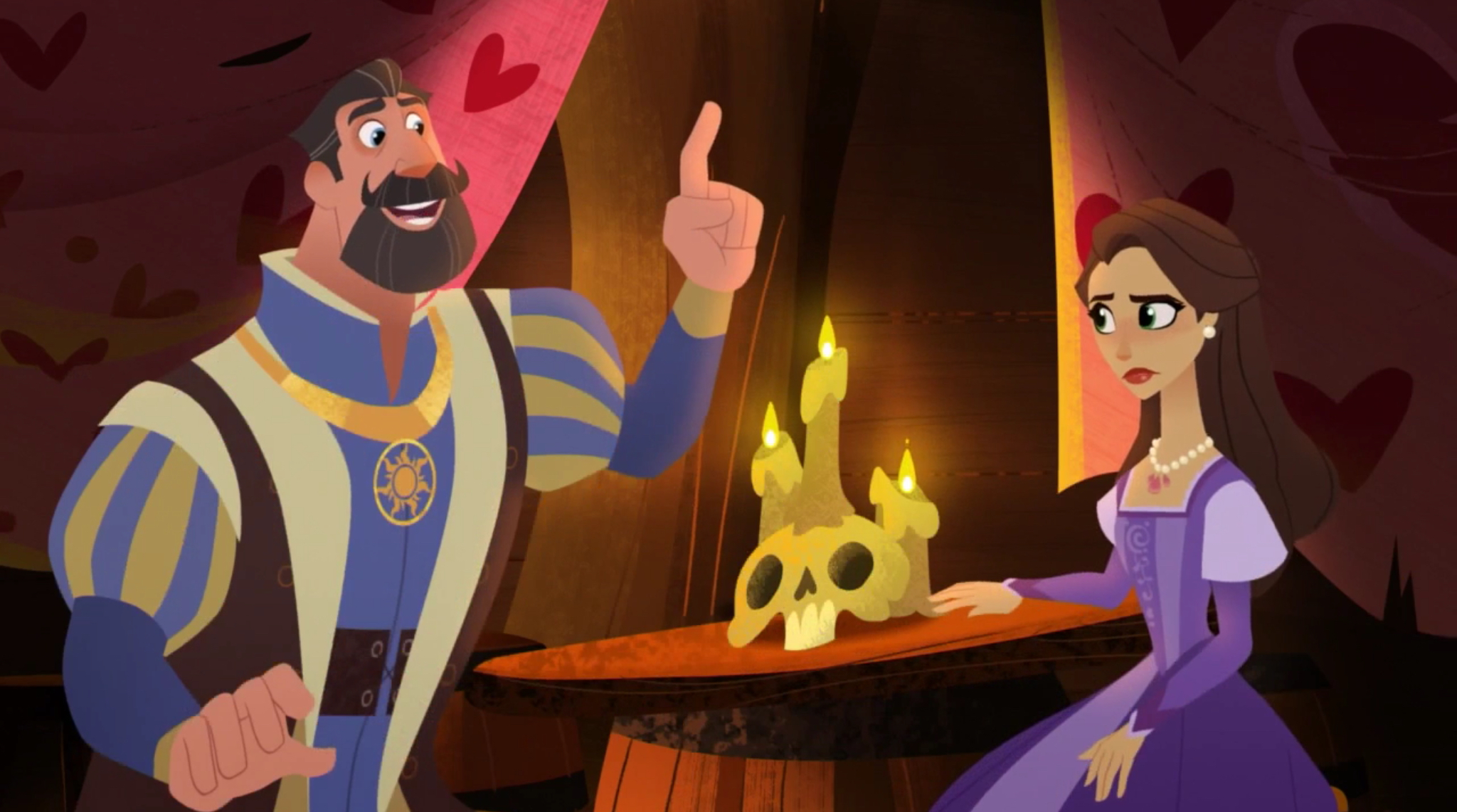 3.08 “The King and Queen of Hearts”
Rapunzel continues to try and restore the memories of her parents, King Frederic and Queen Arianna, and hopes to use the journal of Herz Der Sonne to remind them. Rapunzel recruits her friends to try and set up the perfect date for them.King Trevor arrives with the intent to woo Arianna using an ocean crystal he found. Trevor uses his “navy seal team” (of Seals). 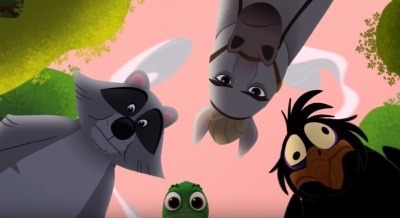 3.09 “Day of the Animals”
Rapunzel, Varian, Angry and Red are returning stolen loot. Max, Pascal, Ruddiger and Hamuel cannot stop quarreling with each other. While messing with a sea shell pendant, it magically transports the humans into it, leaving the animals to fight over it. This looks like multiple references to Alice in Wonderland. Some great animation of the animals. 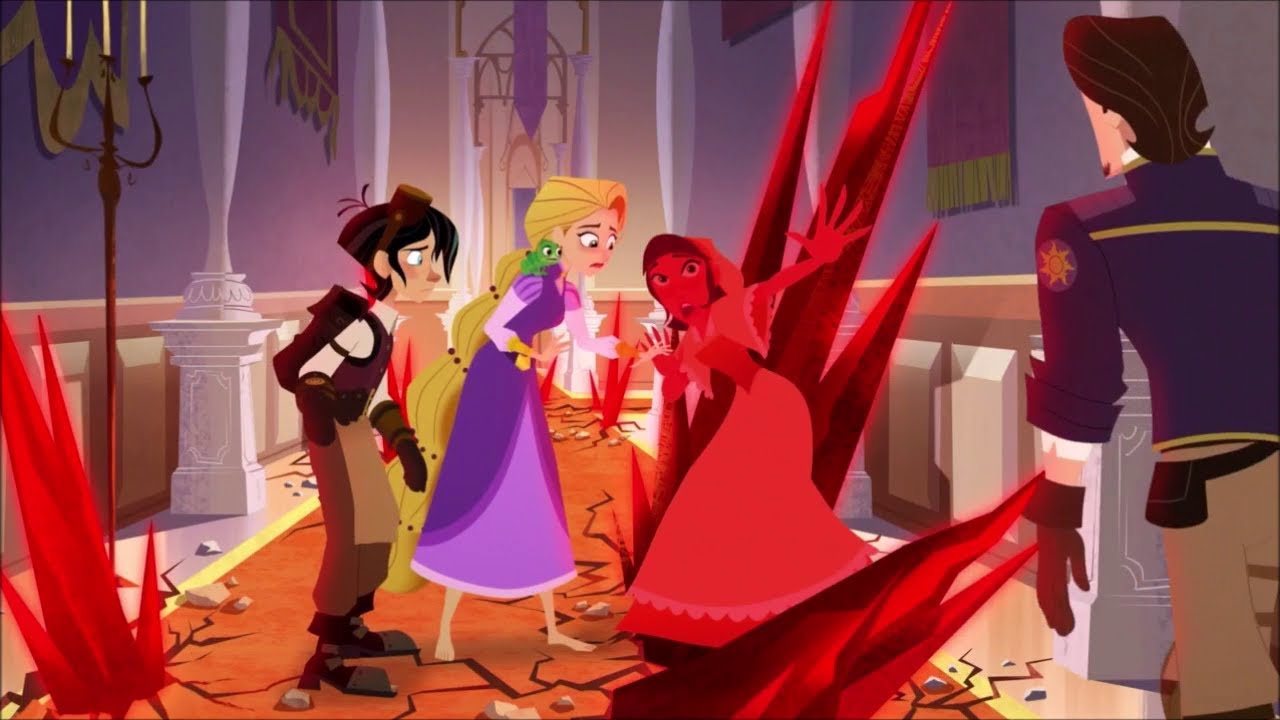 3.10 “Be Very Afraid!”
Cassandra can create red rock spikes that cause fear and freeze their victims. Varian teams up with Rapunzel to use his amber solution on them. Eugene and Lance decide to throw a talent show to distract everyone from their fears. Lance proves (as if we didn’t know) that he can sing.