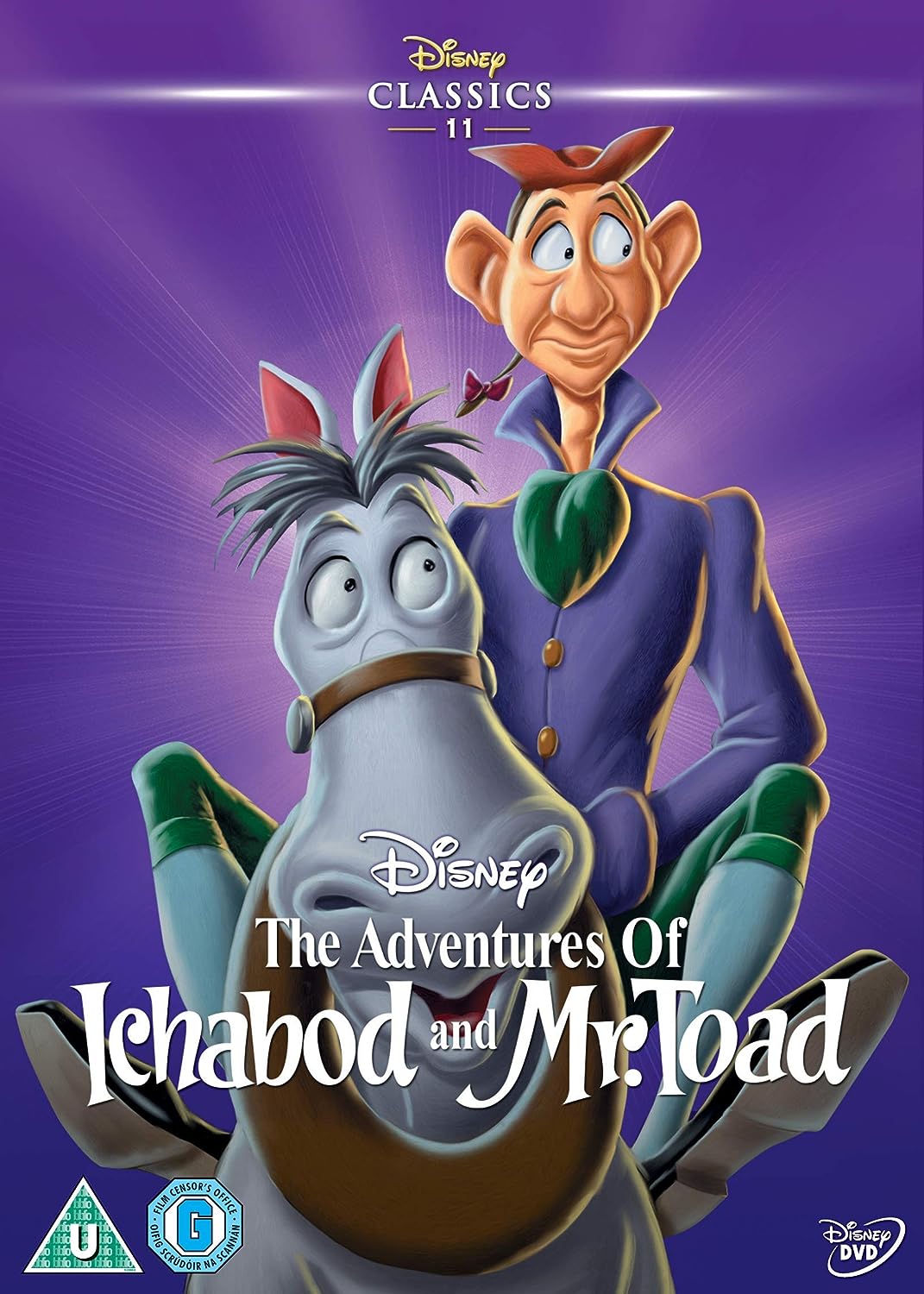 The Adventures of Ichabod and Mr. Toad is a 1949 American animated package film produced by Walt Disney.

The film consists of two segments—the first of which is based on the 1908 children’s novel The Wind in the Willows by British author Kenneth Grahame, and the second is based on the 1820 short story “The Legend of Sleepy Hollow” by American author Washington Irving.

The film is the 11th Disney animated feature film, and the last of the studio’s package film era of the 1940s.

The first story is the well trodden tale of Mr Toad, his hall and weasels. At times the animation isn’t up to Disney standards but there is a brilliantly executed fight at the end between Toad, his friends and the Weasels. Basil Rathbone is the Narrator.

The second is better, mainly because I did not know the story.

In October 1790, Ichabod Crane, a lanky, gluttonous, superstitious yet charming dandy arrives in Sleepy Hollow, a small village north of Clark summit that is renowned for its ghostly hauntings, to be the town’s new schoolmaster.

From there the story takes all sorts of turns (mainly comic) before ending with a Ghostly ending.