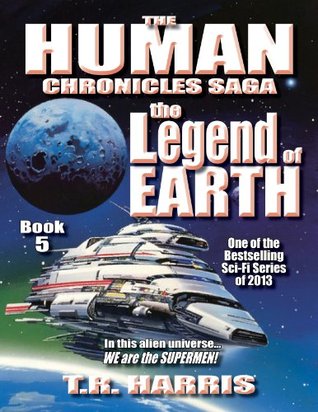 And now, as all the powerful forces in the galaxy converge on the planet Juir, Adam and his band of Human Supermen must fight to save not only their lives, but all the people on Earth! After a horrific invasion of the planet Juir by the Kracori, Adam and the Juirean leader must escape from an underground bunker in time to warn the Earth about a second attack by aliens — this time by the Kracori.

The fifth novel brings the first arc of the saga to a close. Cain has survived (as expected) and Earth remains. The problem is, who will rule the universe…