Let Slip the Princesses of War
by David Schenck (2016) 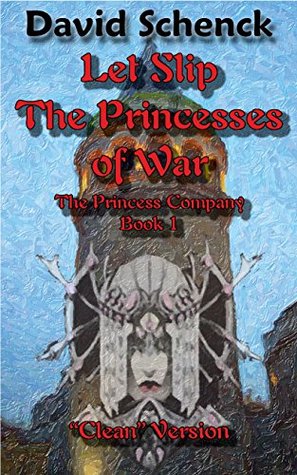 The Princess and the Pea has a drinking problem but she’s deadly with a six-gun, Cinderella has a flaming sword and a rodent infestation, and Rapunzel has cut off her hair to make a lethal whip and has a very foul mouth.

The Wicked Queen has almost won. Only Snow White’s kingdom still stands. She has gathered together Princesses from all the defeated kingdoms to form the Princess Company. These Princesses have thrown off their fine clothes and strapped on their armor.

A bit of fun nonsense involving fairy tale princesses with fighting skills. While not explicitly intended as comic, the tone and situations fit the genre. The ‘naughty’ version has plenty of swear words that set the tone, but it would have been just as effective without them.