The Finale, the absolute, sleazy predictable yet touching end.

As time passes, the gang begin to decide to exit the Good Place and end their existences. Jason is first; he throws a farewell party, and makes a necklace as a gift for Janet, though he loses the necklace as she walks him to the exit door.

After reconciling with her parents, Tahani decides, instead of ending her existence, to become an afterlife architect. When Chidi decides to leave, Eleanor, fearing abandonment, tries to convince him to stay. He agrees, but is unhappy; Eleanor realizes she must let him make his own decision.

After Janet brings Chidi to the exit, Jason reappears; he found the necklace, and then spent eons contemplating the universe waiting for her to return.

He gives it to her and follows Chidi through the door. Eleanor persuades Mindy St. Clair to leave her Medium Place and enter the new afterlife.

Michael can’t use the door because he isn’t a human; Eleanor persuades the Judge to allow him to become human and live a life on Earth. Eleanor, finally content, exits.

Pieces of her soul drift down to Earth and inspire a man to return a wrongly delivered letter to its intended recipient, Michael. He thanks the man and tells him to “Take it sleazy.” 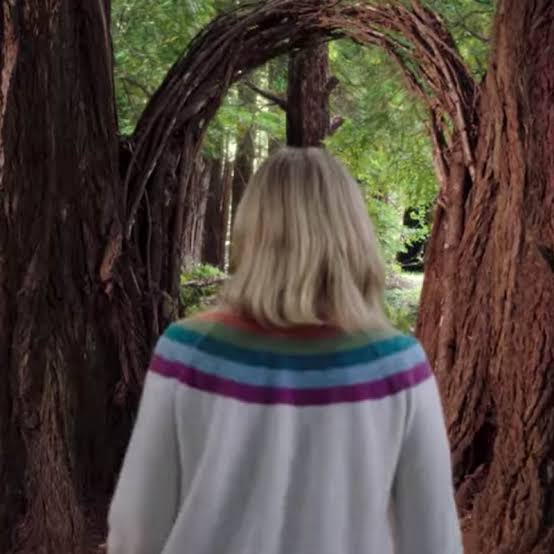