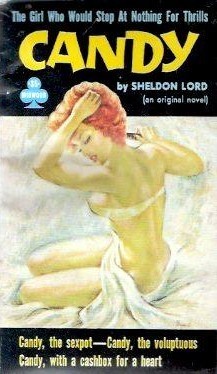 Candy, the sexpot–Candy, the voluptuous–Candy, with a cashbox for a heart.

Despite the cover, this is an early Lawrence Block book.

Written in first person, this tells the story of the descent of a man who becomes enthralled in a young woman. The book shows it’s age as women are treated merely as sex objects for men. Not much for the Me Too Movement here.

But it is well written and despite the sometimes despicable behavior has a light tone. The plot keeps changing so you never know what will happen next.