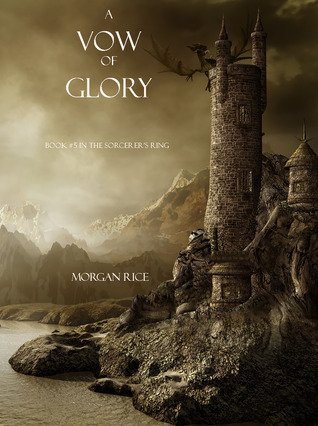 Thor embarks with his Legion friends on an epic quest into the vast wilds of the Empire to try to find the ancient Destiny Sword and save the Ring.

Gwendolyn must lead half of King’s Court to the Western stronghold of Silesia, an ancient city perched on the edge of the Canyon that has stood for one thousand years.

Silesia’s fortifications have allowed it to survive every attack throughout every century—but it has never been faced with an assault by a leader like Andronicus, by an army like his million men.

With it’s big battle scenes (the first in the series) this feels like a re-telling of the siege of Helm’s Deep (from Lord of the Rings).

The stakes get raised significantly, unfortunately this is undermined by the author’s twists of fate to keep the primary characters alive and surviving unbelievable odds.

As mentioned before, it’s good vs evil. No shades of grey here.

With things going downhill for Thor and Co, it’s going to be interesting seeing where things go….