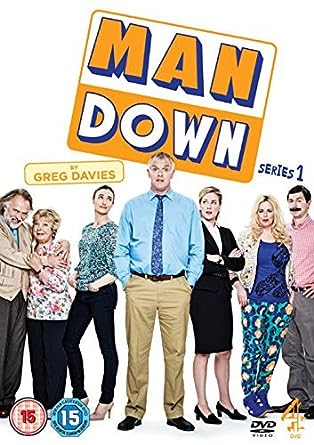 Man Down is a British sitcom broadcast from 2013 (series 1) to 2017 (series 4). Greg stars as Dan, a man who hates his job as a teacher and who recently broke up with his girlfriend.

The notable thing is this was one of Rik Mayall’s last works. Despite being only 10 years older than Davies, he plays his father. A very rude, cheeky and naughty one. He frequently plays embarrassing pranks on Dan. It is revealed in season two he sees his son as a mate and expects something similar in response.

Dan is a teacher, and a very bad one. He subjects his students (young teens) to indifference an abuse. They give the same back.

Despite being on Netflix, it also turns up on YouTube.