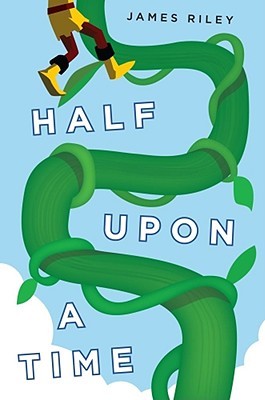 Life’s no fairy tale for Jack. After all, his father’s been missing ever since that incident with the beanstalk and the giant, and his grandfather keeps pushing him to get out and find a princess to rescue. Who’d want to rescue a snobby, entitled princess anyway?

Another example of mixed up magic, fractured fairy tales and a modern re-interpretation of the classics.

This story throws just about everyone from fairy-tale land into the mix. At first it works, with the focus on Jack, there is humour and a sense of fun adventure. Unfortunately the author wants to throw more characters at the story.

So by the middle things are getting complicated and the fun tone becomes serious. In the end not a bad read, just something that could have been improved if someone pruned that beanstalk of a plot back a bit.