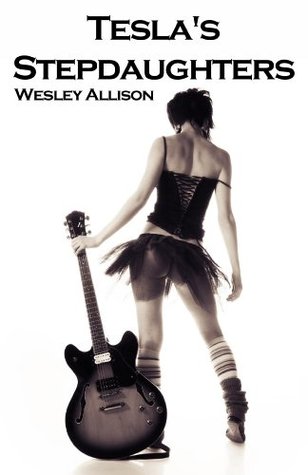 In a world where men are almost extinct, someone is trying to kill history’s greatest rock & roll band. Science Police Agent John Andrews must negotiate a complicated relationship with Ep!phanee, the band’s lead singer; drummer Ruth De Molay, bassist Steffie Sin, and the redheaded clone lead guitarist Penny Dreadful, as he protects them and tries to discover who wants to kill the Ladybugs.

Set in a steampunk alternative world this is kind of a detective story, although the detective-ing  only enters the story at the end.

The Ladybugs are obviously a female version of the Beatles, with a longer lifespan and more output.

Short but entertaining, the last quarter of the book is a list of all the songs and albums the musicians released.