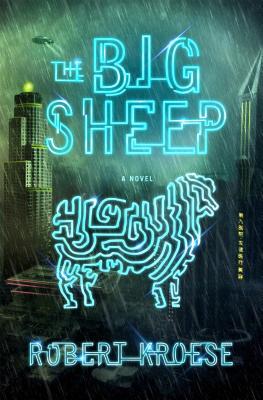 Los Angeles of 2039 is a baffling and bifurcated place. After the Collapse of 2028, a vast section of LA, the Disincorporated Zone, was disowned by the civil authorities, and became essentially a third world country within the borders of the city.

Navigating the boundaries between DZ and LA proper is a tricky task, and there’s no one better suited than eccentric private investigator Erasmus Keane. When a valuable genetically altered sheep mysteriously goes missing from Esper Corporation’s labs, Keane is the one they call.

Unlike the previous Kroese novels I have read, this is is near future science fiction,  without the humour/ It still has a light, witty tone, but the story takes on a lot of Sci-Fi tropes, from the mass media to consciousness to cloning.

Underlying at fun and weird plot twists is a basic detective story: Who stile the sheep any why.

Recommended for anyone who likes Science Fiction.