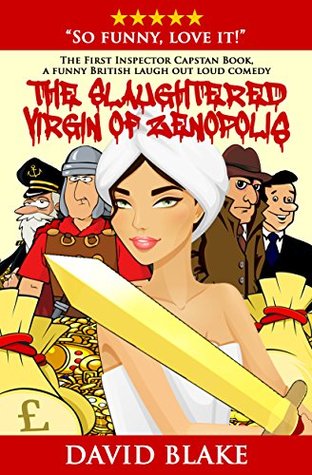 Detective Inspector Capstan investigates a murder at Bath’s almost famous Basin Museum, a hapless armed robbery, the theft of ancient Roman weaponry and the answer to “one across” in the local newspaper. Meanwhile, the city is under threat of Roman invasion and their leader, Becky Philips, is taking no prisoners.

After reading all of the Inspector in the future, it’s back to the present for his first outing. And it’s a riot !

The story starts off with a murder. The police investigate, and just when things settle down into a police procedural, things take off in a different direction. The main character of this book is Becky Philips, and she drives the story forward in a crazy way, causing mayhem.

By the end the police play a small part, but it’s all in the service of the funniest book I have read in a long time. Sure, most is based on the stupidity of men in charge, but in our post-truth times that is always the case.