I had never heard of this until it was spotted on Netflix. Warning – do not watch this late at night, you may miss some of the jokes. 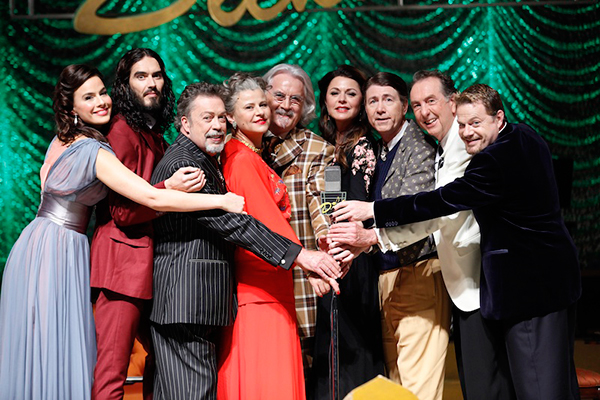 It tells the story of the subsequent decline of the British Empire as seen through the eyes of a Piano. The Piano narrates the tale of Dick; his two cousins: Emma, an emotionally retarded English girl; her kleptomaniac sister Helena and their dipsomaniac Aunt Maggie who all live together in a large, rambling, Edwardian novel. When the Reverend Whoopsie discovers a piano on a beach, a plot is set afoot that can be solved only by a private Dick.

It features a cast of top British actors:
Eddie Izzard (doing all of his accents – sometimes badly)
Billy Connolly (who sometimes forgets his lines, despite reading from a script)
Russell Brand (just plain weird)
Tracey Ullman (who delights in being naughty)
Tim Curry (perfect for these roles)
Jane Leeves (still sexy 14 years after Frazier)
Jim Piddock (who I don’t know)
Sophie Winkleman (who looked familiar – she was on Two and a Half Men)
Eric Idle (as the narrator)

There are songs, sing-a-longs, silly nonsense and a very large dose of British naughtyness that Eric (along with the Pythons) invented. Essential viewing for Eric (and Monty) fans.