The film is set in the year 2045, when much of humanity, escaping the desolation of the real-world, uses the virtual reality software OASIS to engage in work and play. Wade Watts (Sheridan) discovers clues to a hidden game within the program that promises the winner full ownership of the OASIS, and joins several allies to try to complete the game before indentured players working for a large company, run by Nolan Sorrento (Mendelsohn), can do so.

I read the book back in 2011, so after seven years there isn’t much of the original book I remember. But I would see this before reading reviews. Firstly, there is a lot of eye candy. And despite being 2:20hrs long, it had good pacing.

The first third of the movie is dominated by popcorn CGI of the Oasis and it’s difficult to sympathize with the characters. It isn’t until the last third that the  characters work and the drama pulls you in.

Arrested Development is an American television sitcom created by Mitchell Hurwitz, which originally aired on Fox for three seasons from November 2, 2003, to February 10, 2006. A fourth season of 15 episodes was released on Netflix on May 26, 2013.

The show follows the fictitious Bluth family, a formerly wealthy and habitually dysfunctional family. It is presented in a continuous format, incorporating handheld camera work and voice-over narration, as well as the use of occasional archival photos and historical footage. The show also maintains several running gags throughout each season.

Episode 1.01 – Pilot
Michael anticipates becoming the new president of his father’s homebuilding company, having put up with his family for years in order to achieve it. Instead, the position is given to his mother, Lucille–just before his father George Sr. is arrested by the SEC. When his family proves unable to run the company, Michael reluctantly returns to help. Meanwhile, Gob’s magic career is derailed and George Michael develops a crush on his cousin Maeby.

The banana stand has burned down and flashbacks reveal the events that led to its destruction: Michael tries to get George Sr. to let him run the company himself. Maeby begins working at the banana stand. Tobias auditions for a commercial. Gob deals with feeling unneeded.

This was a replay, playing as a warrior.  It’s still a fun game and longer than I remember, I started off not using cheats, but soon I god bored with constantly going back to stock up on troops. I ended up playing with demons and dragons. The final four encounters I left to the auto-combat, but the ultimate showdown I din manually. It proved to be relatively easy to complete. 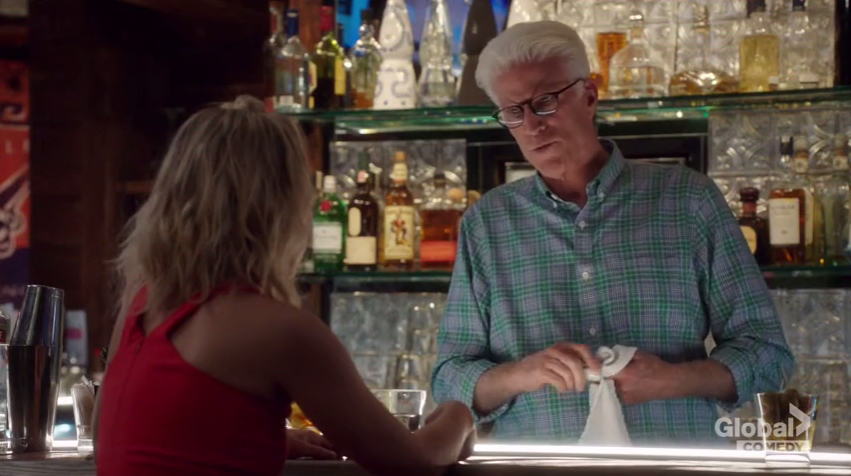 Michael argues that the humans’ postmortem self-improvement, which the immortal beings thought impossible, means the afterlife system is corrupt.

Eleanor’s memory is again wiped; in a new scenario, she is saved from the accident that would have killed her; Michael and Janet monitor the behavior of all four humans.

Well this ended in a strange place (Australia). And in the end it is all about Eleanor. This is the last episode of series 2. Series 3 has been commissioned, but where will that go ????

The whole point of this episode (and possibly the series is that people should do good things not for the ‘reward’, but because it’s the right thing to do.

Michael: No, see, I think it does prove something. If I’m right, the system by which we judge humans, the, the very method we use to deem them Good or Bad, is so fundamentally flawed and unreasonable that hundreds of millions of people have been wrongly condemned to a, an eternity of torture!

Jason: Man, think about everything that’s happened to us. We died. Michael tortured us. We teamed up with him. We escaped. We went through the portal. The Judge ruled against us. Then Michael showed up. This has been one of the craziest years of my life.

is a 2018 American science fiction film directed by Steven S. DeKnight (in his feature-film directorial debut) and written by DeKnight, Emily Carmichael, Kira Snyder, and T.S. Nowlin. It is the sequel to the 2013 film Pacific Rim, with Guillermo del Toro, director of the original, serving as a producer here.

Set in the year 2030, the plot follows humanity needing to again fight Kaiju, giant monsters set on destroying the world.

Big bangs and crash-whollup.  Its big machines hitting each other and monsters from another dimension. Enjoyable while it lasted, but very forgettable. 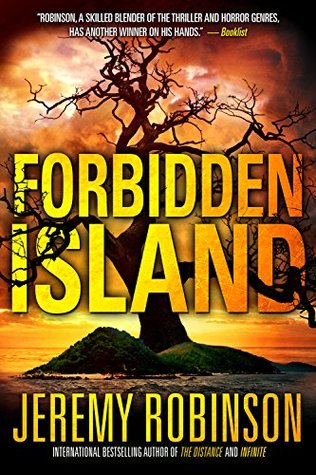 U.S. Army Ranger, Rowan Baer, is invited to provide security to a research team visiting the most dangerous island in the world–North Sentinel Island in the Sea of Bengal.
Talia Mayer, is recruited to study the island’s elusive inhabitants–the Sentinelese–who have resided on the tropical island since the dawn of mankind. Mahdi Barakat, is given little choice: join the expedition and make contact with the Sentinelese, or be left to face the men tracking him down.

As part of an expedition funded by the Indian government and supported by a local resort millionaire, the team struggles to make contact with the Sentinelese, a tribal people renowned for their violence, strange behavior, and mysterious ways. But when the expedition’s yacht strikes a reef, and sinks, the team finds themselves stranded on an island few people have ever set foot on and survived, an island that they quickly discover is home to far more than primitive tribal people.

If it wasn’t for the cover, I wouldn’t have thought this was not written by Robinson. It has a slower build to the action, the pacing is a bit slower and has less of the breathless action style normally associated with his writing.

It’s also unashamedly a horror novel. The usual aspects of science fiction and mythology are turned down and the gore factor ratcheted up.

Despite all that, it’s still a good read and will appeal more to the horror fans than the sci-fi ones.

The four humans arrive at the Judge’s chambers. Eleanor reveals Michael’s sacrifice. The Judge, Gen, agrees to hear out Eleanor, Chidi, Jason, and Tahani, and tells them they must be subjected to separate tests of their personal growth.

At their own request, they will share one fate and can only pass if all do individually. Jason fails a test of impulse control, while Tahani fails when, instructed to ignore what others think of her, she maturely confronts her parents over their lifelong cruelty towards her.

Then Michael and Janet arrive.

Chidi: Wait, you don’t already know everything about us? You’re not omniscient?
Gen: Well. Not in the way you mean. I try to learn as little as I can about the events of humankind so I can remain impartial ’cause I’m a judge, yadda yadda yadda. That being said, sometimes I get bored and I cheat a little bit. I’ve been binging Ken Burns’ Vietnam recently. It’s okay. I mean, I’m immortal, but that thing is long, you know what I’m saying?

Gen: I just absorbed the entirety of your existences, and I just wanna say, you guys are so cute! And the thing is, you didn’t file any paperwork and you have no advocate, and the rules say I gotta… [gives a thumbs-down and blows a raspberry] send you back.

“Bad” Janet: You really junked your jeans on this one, you butterface.
Michael: I did what I had to do.
“Bad” Janet: Oh, you had to junk your jeans? [high-fives Shawn]
Shawn: How could you betray your own kind like this? Who taught you how to turn a human inside-out by reaching down their throat and grabbing their butt from the inside?

Eleanor: All those ethics lessons paid off! Who ever said philosophy was stupid!
Chidi: You d-you did! Many times! As recently as this morning!

Eleanor: Oh, Jason. I feel like you always understand about twenty percent of what’s happening.
Jason: Thanks!