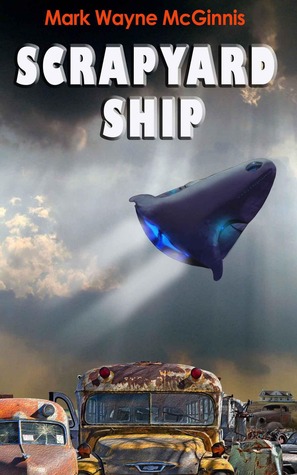 Lieutenant Commander Jason Reynolds has had a string of bad luck lately — evident by the uncomfortable house arrest bracelet strapped to his right ankle. Worse yet, he’s relegated to his grandfather’s old house and rambling scrapyard. To complicate things, the women in his life are pulling from every direction. But It’s through a bizarre turn of events that Jason is led to a dried up subterranean aquifer hundreds of feet below ground. Here he discovers an advanced alien spacecraft, one that will propel his life in a new direction.

What begins as an adventure science fiction story soon turns into military science fiction. Although the story could easily be epic fantasy. There is a lot of hand-wavy techno-mumble to explain how things work. It could have just have easily been labelled ‘magic.

Despite these drawbacks, the plot moves along at a good pace and is generally well written. The story takes a number surprising turns. But there is one REALLY obvious military tactic that is foreshadowed early on.

A good read, and I’m moving on the the second in the series.