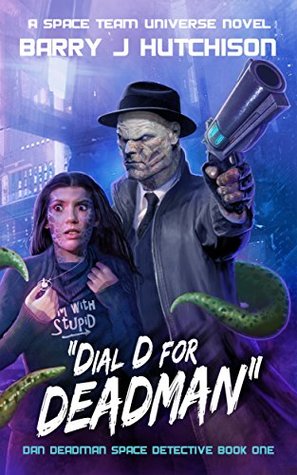 The Space Team Universe just got a whole lot darker.

Sure, he doesn’t smell great, and he’s technically been dead for quite some time, but if you’ve got a rampaging Hell-beast tearing up your street, or a portal to another dimension appearing in your bathroom, Dan’s your man.

Barry Hutchinson seems to be invigorated by starting a new character in his “Space Team” universe. This is better that the previous novel ‘Return of the Dead Guy”.

Nothing to complain about here, move on. Nothing to see or hear. Just a dead guy talking.