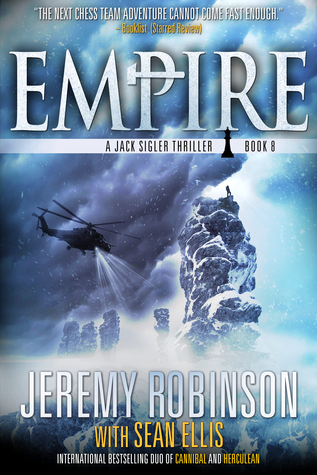 In 1959, nine hikers of the Dyatlov expedition perish while crossing a remote mountain range in the Soviet Union. More than sixty-five years later, the circumstances surrounding their deaths remains a mystery. In 1995, Julie Sigler is killed in an Air Force training exercise crash, but the circumstances of her death are never called into question…until she appears on TV, twenty years later, standing beside the current President of the United States.

More than any other Sigler book, this is like a spy thriller in the Le Carre style. Multiple plot threads involving different team members and involving Jack’s sister, mother and father. Everything eventually escalates into a suitably action filled climax. The only disappointment is that this appears to be the end of the series. There is the continuum series, but they happen in the past. Hopefully the author will  come back and continue the story.