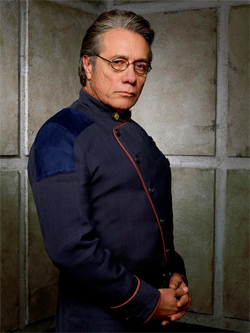 Following the exodus of humans from the Colonies, the fleet is attacked by the Cylons every 33 minutes as the survivors cope with their losses, compounded by their lack of sleep.

So we have human piloted spacecraft, similar in size to the Star Trek fighters and they go up against machine controlled craft. This should end very quickly and in favour of the machines due to the comparative reaction times and g-forces a human can withstand. The Cylon tech must be based on a 1984 Commodore 64 !

The better combat solution would be to use weaponised and armoured drones, with pilots in the mother ship issuing high-level commands and the drones using multiple maneuvering thrusters to evade. The fighters appear to have dual forward facing guns. Better to have a forward and rear mounted guns so perusing cylon ships can be destroyed.