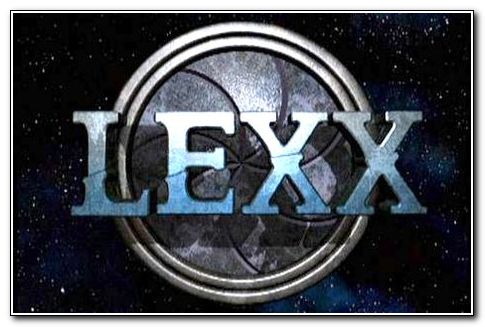 Lexx 4.08  “Vlad” September 7, 2001
Stan gets an urge to revisit Transylvania. As their slave, he takes the goth sisters back to Lexx, where they steal all Kai’s protoblood for Vlad. 790 removes the parablood from Stan, and Kai goes back to Earth to face the divine executioner. Their fight ends up back on Lexx, where Vlad bites Xev and Stan. However, Xev is not affected by parablood and successfully pushes Vlad into the cryo unit.

A much better episode thanks to Vlad the villain. There is more threat and danger to the crew with no obvious and easy remedies. Obviously they win against a stronger foe, but only by working together (4/5)

Lexx 4.09  “Fluff Daddy” September 14, 2001
Prince lures the crew down to Earth. Bunny is told to have sex with Stan. On Bunny’s porn video, Stan notices Lyekka (Loo Loo), and tries to get close to her by being the new fluffer. Prince shows Xev the mortal Kai, who is an actor who really suffers for his art, injecting staples into his feet and sleeping on the stage. He wants celibacy until his show has run (2 – 6 months). Xev eats him anyway, in a fit of cluster lizard hormones. Stan uses Prince and the ATF to access Lyekka. Using her movie “Oval Orifice” as a way to steal the key from Stanley, both Loo Loo and her director go to the Lexx, and releases Vlad. Stan is arrested for theft, and sent to a loony bin..

Another descent into silliness and characters making stupid decisions (especially Stan). Only alleviated by a  surprising ending. (2/5)